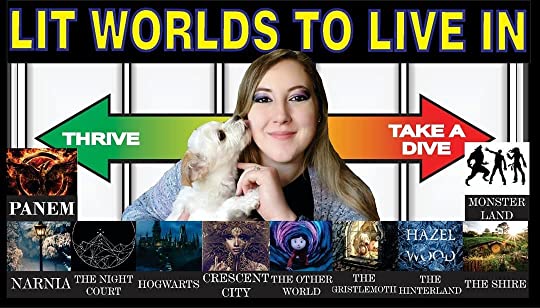 Just a fun little BookTube Video all about some fabulous literary worlds! 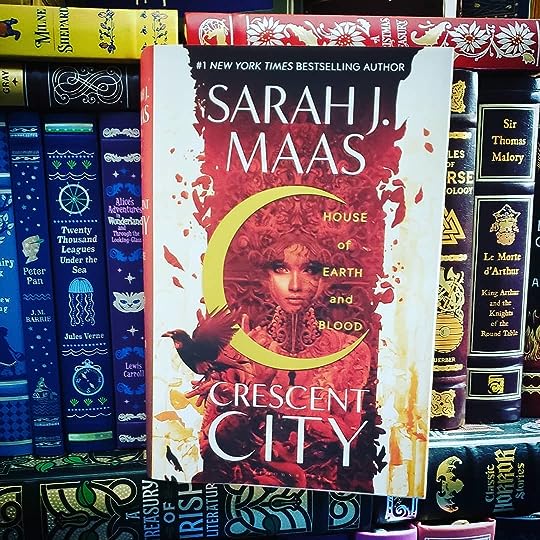 “See, that right there is the problem. You and the whole rest of the world seem to think I exist just to find someone like him.”

“The forcast didn’t call for rain.” She scowled at the sky. “Someone must be throwing a tantrum.”

Crescent City is the one place where all forms of magic (and technology) intersect into one, unforgettable town.

But there’s a dark side to the city.

…the cities were little more than pens for the Vanir to trap and feed on the humans – and their humans.

Now, two years later, Bryce is (finally) back on her feet…just in time to see the signs appearing.

Signs that indicate that whatever caused the first incident is itching to come back – bigger and more deadly than ever before.

This one was wild…and hella confusing.

For the first 300 pages or so, I felt really lost and I honestly almost put the book down.

There was SO MUCH info-dump world-building that my head was spinning and I was NOT having a good time at all.

Just imagine chapters with sentences like this thrown all around:

Pollux atonius, Sandriel’s triarii commander – the Malleus, they called him.

And so, I turned to the reviews.

Everyone and their mother was praising this book to high-heaven, with the stipulation that you really need to get past the first third of it.

So I…gave up…on trying to remember all of the minor details (sorry butterfly-shifter, you don’t get to stay in my brain) and just went with the flow.

The remaining five hundred pages knocked my socks clear across the country.

It was insanely good.

But, keep in mind that the first third did make me want to hurl it against the wall.

BUT, I am totally pre-ordering my copy of the sequel literally over a year in advance cause gosh-dang I can’t live without the next one.

2 thoughts on “House of Earth and Blood – Sarah J. Maas”