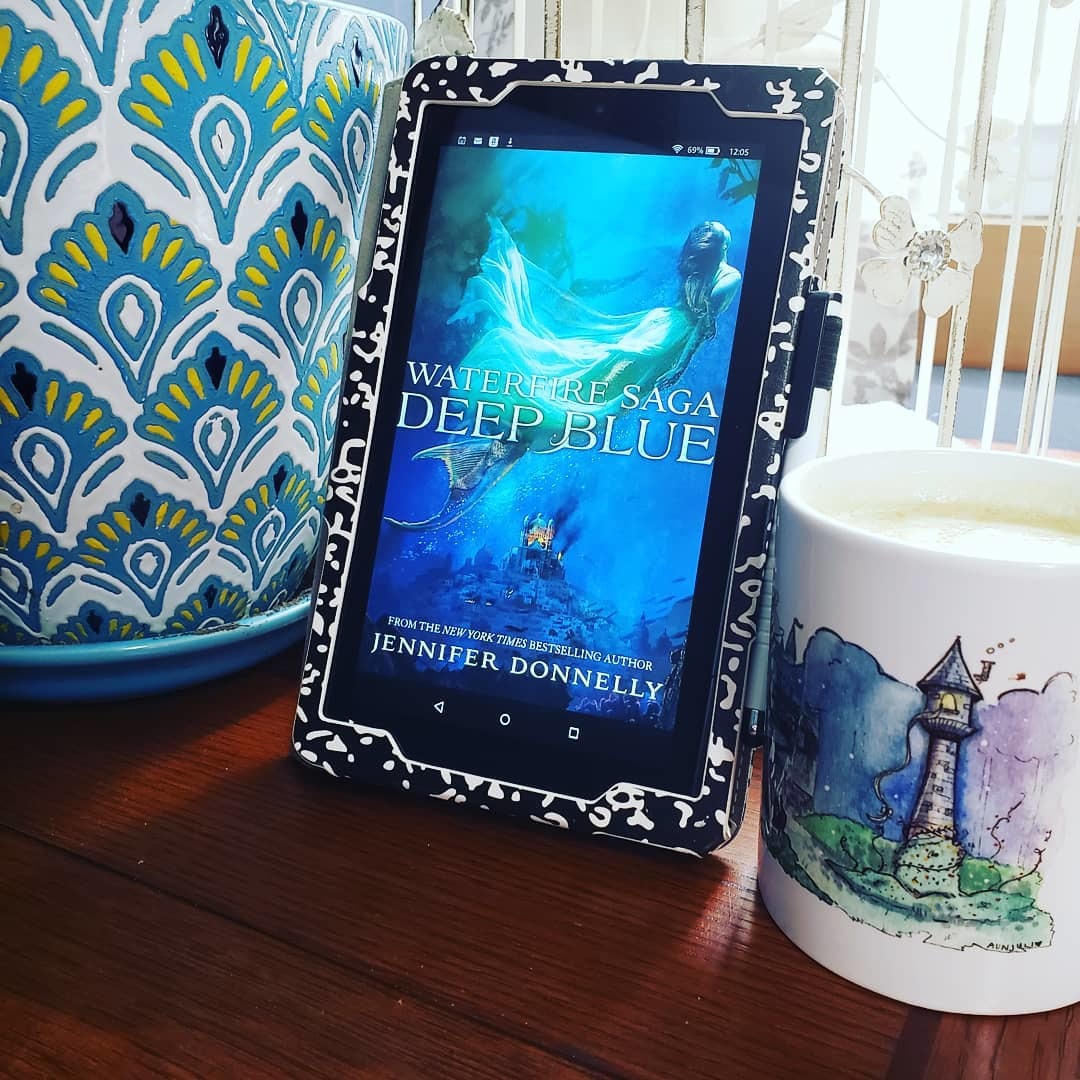 The twist is that this is all underwater .

That’s right. There’s a mermaid secret society who uses magic to hide and protect their kingdoms.

In typical YA fashion, she loses her parents a few chapters in, loses her throne shortly after and loses her entire country almost immediately after that.

Hmm… what a predicament.

It’s almost like the heir to an entire kingdom shouldn’t inherit when she’s only a teen….

Anyway, the princess must find a way to save the entire ocean before it’s too late.

There is a legend of underwater witches (which no one, in a society of magical mermaids, believes in… because obviously, witches are completely unrealistic) who may hold the key to Saving The World (TM)…

Ok, the premise of this book was okay, the writing was bland and the consistency was pretty bad.

The Premise – aka, this sounds familiar…

I’m totally in for a mermaid novel…. unfortunately this one felt pretty formulaic.

Girl is a gorgeous princess. Girl loses everything. Girl is afraid to lead kingdom. Girl goes on a magical journey to learn that true leadership comes from within…

It’s just nothing special. It’s your average YA, but underwater.

I honestly don’t have much to say, mostly cause there’s not much too it.

The writing was really only surface-deep, most of the emotions were told and there wasn’t even that much ocean imagery.

You’d think the author would emphasize the way the waves felt to the creatures underwater, or what it was like to swim or all the cool coral reefs and fish… but nope.

Other than a few cursory sentences… ehhhh, it pretty much felt like they were on land.

The Consistency – aka, the author does know her world is underwater, right?

I swear, the author doesn’t even remember her own made-up society. As in she legitimately forgets her characters are underwater many times.

Keep in mind, this is an ancient race, isolated for 4,000 years who absolutely refuse any and all contact with teragogs (humans)… so, I spent the whole book wondering:

How do you… instantly recognize modern day things?

Bicycle chains and hockey sticks! Silks and gowns from different eras are instantly named. And yet they call humans “Terragoggs”. Why. Just why.

…carried a dagger at her hip…

when you don’t have hips. Hips are where legs join the torso. Since mermaids have a single tail, it would be “hip”, right?

How do you… conveniently develop a society that not only has the same names, but also the same culture and even the same accent as the nearest terragog land mass.

Indian mermaids wear saris near India, Japanese ones haunt the waters near Japan, Romanian ones have ancient spells (etc)….

Even their names didn’t make sense. For a society who was reportedly sent under the ocean 4,000 years ago, how do you explain names like Becca, Ava and Astrid?

Are there secret mermaid spies who sneak up to docks and boats to pick up all the coolest Terragogg lingo and/or societal norms?

Spy 1: hmm, seems like puffed sleeves are out and flowy gowns are in. Ooo! Long hair is super in. And everyone is totally naming their kids Emily this season!
Spy 2: *writing furiously*

when you A) never made it to the surface and B) live underwater. At most, she should feel her eyes sting, right?? RIGHT???

But then again, Serafina vomits downwards (not outwards… which I expected given the way liquids disperse).

And she drinks tea with another character later in the book…So who knows how liquids work under the ocean. Not me. That’s for sure.

How do you… only use common human phrases/idioms but with a fishy twist?

Old woman on her own? Lives with catfish . Lots of catfish.

A lawyer? Jokingly called the worst kind of shark there is.

Blind mermaid? Keeps a “seeing eye piranha” on a leash.

Which as an aside –

A) how does she know what a leash is?

B) how do you even put a leash on a fish?

C) the author clearly didn’t do any research – piranha are not happy unless they are in a big school… and they are no where near aggressive as people think. Tbh, they’re lazy and pretty boring fish…

How do you… make color comparisons of a dress to

the color of Ox blood

when you’ve lived your entire life underwater in the middle of the ocean. How do you even know what an ox is? HOW????

I’ve lived my entire life on the surface and at most, I assume that ox blood is red.

Update: it’s a mauve-y-maroon color. Yet Princess Mermaid can instantly recognize it…

After she bleached her hair blond…

bleach your hair underwear? HOW DID THEY NOT CHOKE AND DIE?

So there’s all that…. combined with the fact that the big superpower is just really good singing. And friendship.
Sighhhhh.

Honestly, I’ve been burned so many times by YA, and yet I keep going back.

Anybody out there know any good mermaid books???

Interested in this one from Jennifer Donnelly? Buy it here:  Amazon