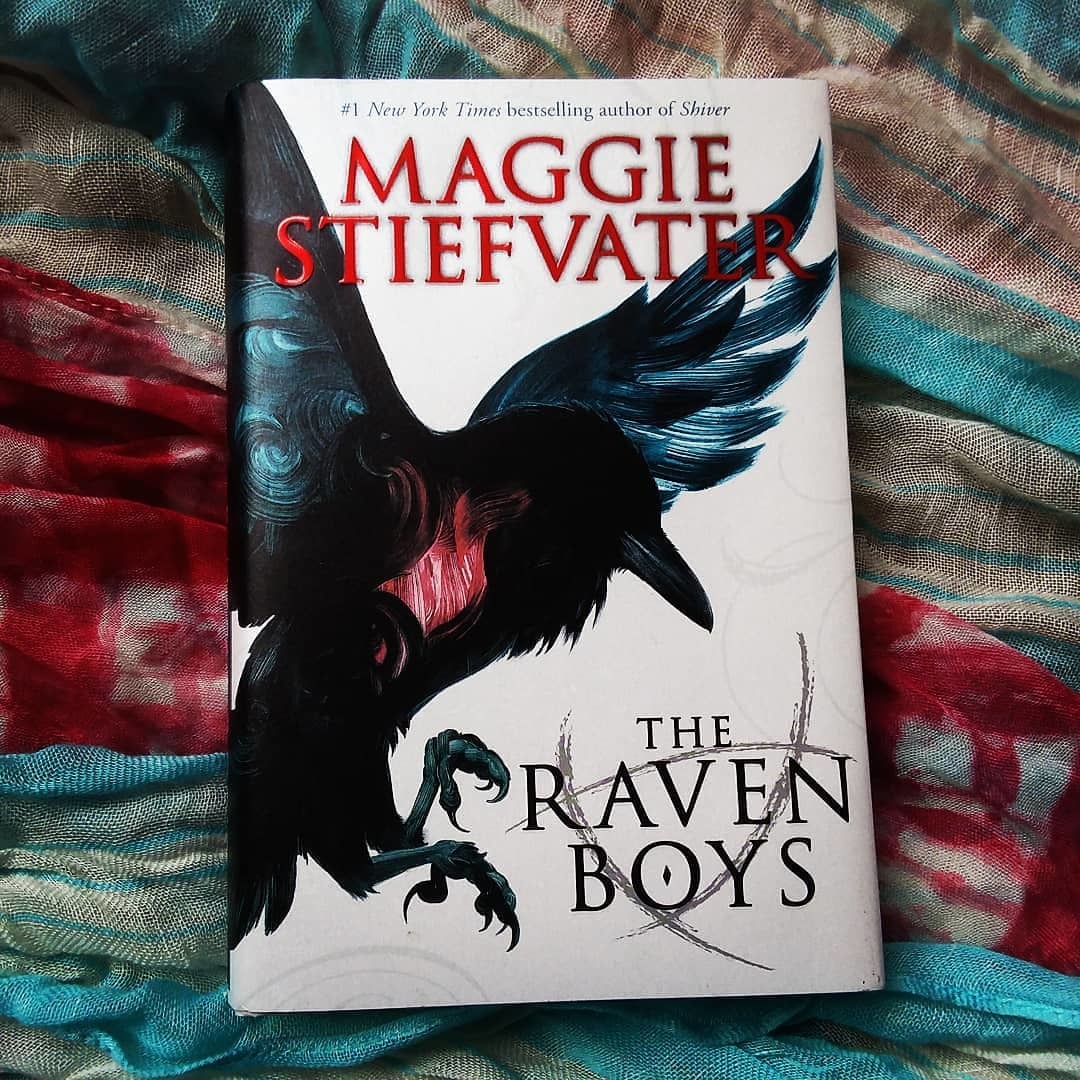 You know that feeling when a book is so perfect that you just want to shove it down everyone’s throat?

Ok. Good. I thought I was the only one.

I adored this book. I’ve already read this series twice and am itching to go through them again.

So, begs the question, what is this book about? And that’s where I start to stumble.

There’s just too much, I could never adequately describe it in under an hour – every little detail is essential.

Blue is the only normal girl in a family of psychics.

Gansey is on a quest to find the long-lost Welsh King.

Ronan came out a harsher, crueler version of himself after his father died and is struggling to keep his head above water.

Adam fights to stay at top of his class despite being in the throws of poverty.

Noah is an absolutely magnificent ray of sunshine on a cloudless day.

It’s a love story. BUT the love isn’t your typical romantic ooey-gooey teen romance. It isn’t that end-all be-all ROLL MY EYESkind of love.

Yess, there is some ooey-gooey-ness but that develops slowly – not in the ‘ugh, this is taking too long’, but the kind that has you clutching the book, silently savoring the buildand secretly wishing it could last forever.

“You missed World Hist.”
“Did you get notes for me?”
“No”, Ronan replied,”I thought you were dead in a ditch.”

Blue tried not to look at Gansey’s boat shoes; she felt better about him as a person if she pretended he wasn’t wearing them.

Adam asked, “What is he doing, anyway?”
“Peeing.”
“Trust Lynch to deface a place like this five minutes after getting here.”
“Deface? Marking his territory.”
“He must own more of Virginia than your father, then.”
“I don’t think he’s ever used an indoor toilet, now that I consider it.”

Honestly, if anyone asks me what to read next…

Seriously! I could not recommend this more.

Audiobook Comments
Probably the best audiobooks I’ve ever heard. Each characters has a speaking voice, an inside-their-heads-voice and as they get scared, nervous, etc their tone will change, sometimes picking up a suppressed accent or clipping their words subtly. This reader is a master.

Interested in this one from Maggie Stiefvater? Pick up your copy from:  Amazon | Barnes and Noble