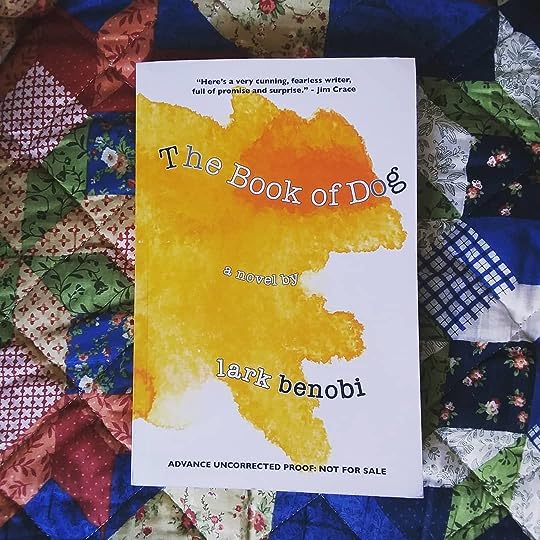 As for Stella King, she was unexpectedly pregnant with the unborn child of the Beast.

It could have happened to anyone.

Thoroughly entertaining and thought-provoking throughout – this book had it all. I have a strong feeling that I will be diving back in for a re-read before the year is out.

Here is the story of how six unlikely women changed the fate of the world.

The Yellow Puff-Ball Mushroom Cloud and its corresponding yellow fog is creeping its way across America.

“Has no one been out of town lately? It could be the end of the world for all you know.”

Citizens are slowly succumbing to its inexplicable and inescapable influence – whether it be their minds or their bodies, everyone is changing in one way or another.

A great evil that has swept over America, spreading lies and false promises.

The Beast could fool the best of them, and he almost always got his way.

But maybe not this time.

Stella King, along with five other women, stumble their way through the apocalypse and finding the strength in each other. Their group may be unconventional, but together they must rise to fight the good fight.

“The undocumented and disabled. The forgotten ones. The left behinds. The last will be first. It’s our turn. All of you need to fight together, every which way you can, and then some, and then some more, and even after you do all that, you will probably fail, and then die.”

If you can’t already tell, I adored this one.

And I honestly didn’t expect to like it as much as I did. Political books aren’t my thing. And political commentaries about society are so left-field from what I normally read that I was extremely apprehensive.

Turns out, I was worrying for nothing. Lark Benobi covered the politic aspect with such an amazing touch that I wascontinuously impressed and delighted by every moment.

One of my favorite examples can be found when Benobi comments on religious extremists.

[Stella’s] little pink pocket Bible fell open and she read: THE BEAST STOOD BEFORE THE WOMAN … TO DEVOUR HER CHILD AS SOON AS IT WAS BORN.

“Well, that can’t be good,” she murmured. “Honestly I had no idea that religious people had such violent beliefs.”

It’s hilarious, to the point and above all, doesn’t rely on horribly abrasive humor to force a laugh.

Honestly, I feel like my review will never be adequate for this book – you will just have to check it out yourself!

Interested in this one from Lark Benobi? Buy it here:  Amazon