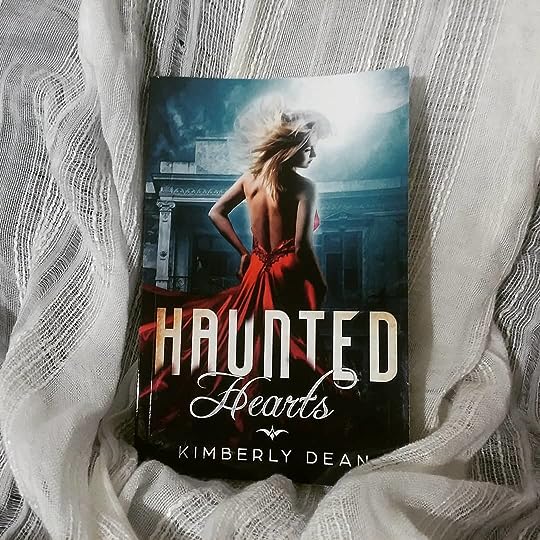 Really? REALLY MS. MAIN CHARACTER? Do you think anything good will happen when you move to Shadow Valley???

Ok, now that my rant is over, I really enjoyed this novel! It was witty, fun and engaging – and everything in between.

Unfortunately, when she finally arrives, she realizes thatthings aren’t quite what she expected.

…the old Calhoun place was a dump.
But it was her dump now.

But she’s bound and determined to make the best of this…despite the mountains of work and the gossiping locals.

But Callie is ready to ignore all of the small-town gossip and pesky, strict (aka HOT) police officers, because she has her very, own house.

Except…the longer she stays, the less it seems like the house wants her.

She’d only taken a step away from the door, though, when the handle began rattling.

Between the angry house and the hot police officer, what’s a girl got to do?

I liked this one! It was fun, endearing and sweet.

I was really hesitant going in because I’m generally not a huge fan of the romance genre and this one does have some explicit content (and I am much more on the YA spectrum of romance) but I was pleasantly surprised by how much I grew to enjoy this one.

The romance developed naturally – though, there were (of course) a couple of scenes that felt a smidge odd (i.e. Callie visits “Officer Hardass” and ends up massaging his shoulders, leading up to a steamy…well, you’ll have to read it to find out).

But for the most part, I was honestly swept away by the plot – so much that whenever Officer Hardass and Callie were making goo-goo eyes at each other, that I wanted to be all, “Shush! Can’t you see there’s a mystery going on? Sex later, plot now.”

Definitely a fun little adventure in the romance section (and can I get a hallelujah when the novel’s plot really holds despite being in the romance dept?).

Kudos to the author for writing a fantastic novel!

Interested in this one from Kimberly Dean? Pick up your copy from:  Amazon  or Barnes and Noble