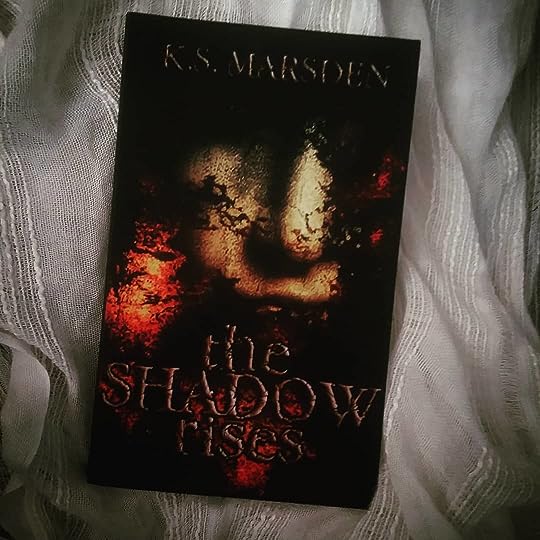 “I’m one of the best witch-hunters out there, if I don’t stop her, who will?”

Hunter Astley, witch-hunter extraordinaire, is about to experience hisgreatest challenge yet.

Hunter is a seventh-generation witch-hunter, which in and of itself is an extremely rare thing.

There are so few of us….there are hundreds, perhaps thousands of first gens. Only about half of these survive long enough to even have families.

And along with that lineage comes with certain…perks. He can see farther, fight better and move faster than anyone he knows.

And he will need all his strength for what lies ahead.

The witch jumped with surprise….She raised her arms and the shadow and firelight leapt up and formed two massive snarling beasts…

There’s rumors circling that a Shadow Witch is rising in power – will Hunter and his friends (Sophie and James) be able to stop her? Or will they die trying?

I was pleasantly surprised by this one!

The Shadow Rises was a fast paced adventure, with enough twists and turns to leave me constantly wondering what could possibly happen next!

I loved the concept of the secret witch-hunter society and I definitely enjoyed puzzling out the mystery of of the Shadow Witch.

I thought the plot and the setting were well-developed though I did have a bit of a problem with “you-are-a-witch-you-must-be-evil” schtick. I would have liked to have a bit more backstory to why being a witch makes you automatically evil and whatnot.

Though, I have to admit, my absolute favorite part was the dynamic between Hunter and his mother.

This suited Hunter to have his mother seated as far away as possible, and he often employed the use of candelabras or a vase to block her from view completely.

There’s just something about overbearingly snobby mothers that just gets me every time – they had a hugely enjoyable and hilarious dynamic throughout.

I’m really excited to see where this series goes!

With thanks to the author for free copy in exchange for an honest review.