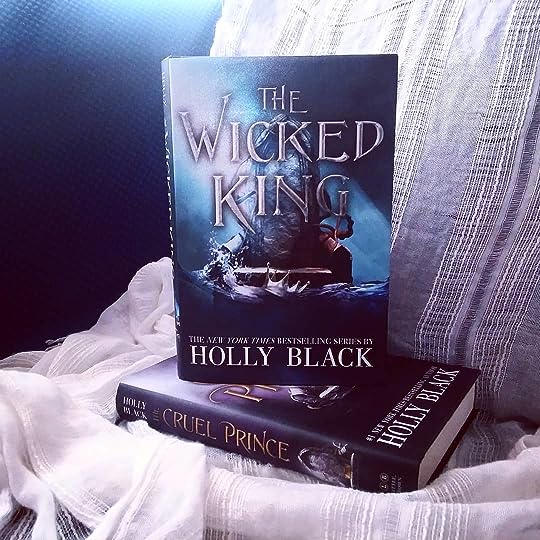 Once upon a time, there was a human girl stolen away by faeries, and because of that, she swore to destroy them.

This was everything I hoped it could be, and more.

Jude, a human raised in Faerieland, spent her entire life undermined and controlled by the often cruel whims of the Faeries.

She’s hated and feared the creatures for years. She’s cowered and fledfrom them. She’s begged and bargained her way out of torture.

Especially considering she now controls all of Faerieland.

A few months ago, Jude was horrified to learn that her younger step-brother, Oak, is heir to the Faerie thrown. So Jude did whatever she could to save him from an early death, and that included doing something she never dreamed possible.

She manipulated Cardan, a faerie prince, into making an oath of fealty to her, and then tricked him onto the thrown – in Oak’s place.

Jude has a year and a day to command the new High King as she wishes and to plot further methods to keep Oak safe.

And with that power comes a safety Jude has never known. And she learns that she likes it. She craves it. And she will do anything in her power to keep her position.

“I’ve wanted this and feared it, and now that it’s happening, I don’t know how I will ever want anything else.”

But, her once simple plan seems to be fraying.

There are traitors all around, the sea is fighting the land, and Jude’s life is threatened from every angle.

It seems hopeless to fight something so vast. It seems ridiculous to believe we can win.

The longer she holds High King under her thumb, the less she knows and the more attached she grows.

What has changed? Is he different because I have forced him to be?…Or is he no different at all and I am only seeing what I want to see?

Meanwhile, King Cardan has his own plans and schemes – and he sets several in motion, and no amount of commands from Jude could possible stop them all.

And among those devious plots is something decidedly…new. Something for which Jude had no plots or plans against. Something shocking and crazy. Something utterly insane

“It seems I have a singular taste for women who threaten me.”

The wicked High King seems to be changing into something…something wholly different.

Kiss me until I am sick of it.

No matter what happens, Jude must remain focused. For one step, one toe out of line and she could be snuffed out in an instance.

OHMYGOSH – HOW CAN I POSSIBLY LIVE MY LIFE WITHOUT BOOK THREE IN MY HANDS RIGHT THIS VERY MOMENT??????

Those of you who have read it, am I right or am I right?

Those of you who haven’t read it, what in the h*ll are you doing reading a review when you can be reading this book?

In short – the sequel was everything I wished for and more. I cannot believe that it was this good.

I have fallen in love with all of the characters twofold.

Jude has matured wonderfully and her schemes are so intricate that all I can do is lean back and be impressed.

Cardan, the Wicked King, is absolutely wicked in the best way possible. I don’t have enough words in the world to describe how in love I am with him.

The way Jude and Cardan dance around each other actually made my heart race – I don’t think I’ve ever been this invested in a relationship before. Simply magical.

Speaking of magic – wow! The world of Faerie a la Holly Black is (as always) absolutely stunning. I love, love, love the way she weaves such a complicated web. I could read her world over and over and never be tired of it.

The plot was fabulous, the way it slowly picked up speed and that ending – whew. I’m still reeling. I cannot get over everything that happened. Couldn’t tear my eyes away! 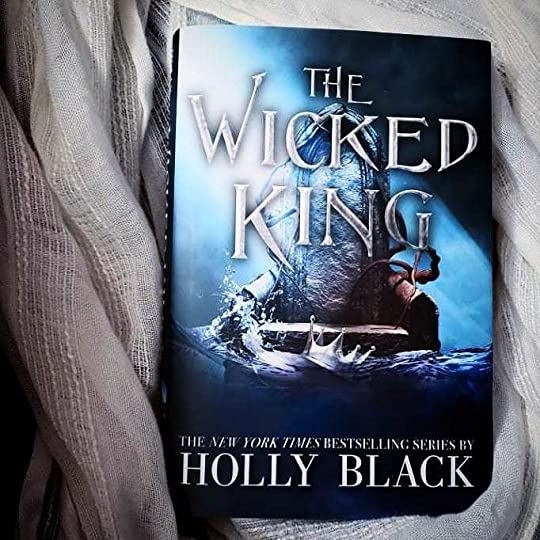 Mortal girls do not become queens of Faerieland.

Interested in this one from Holly Black? Buy it here: Amazon