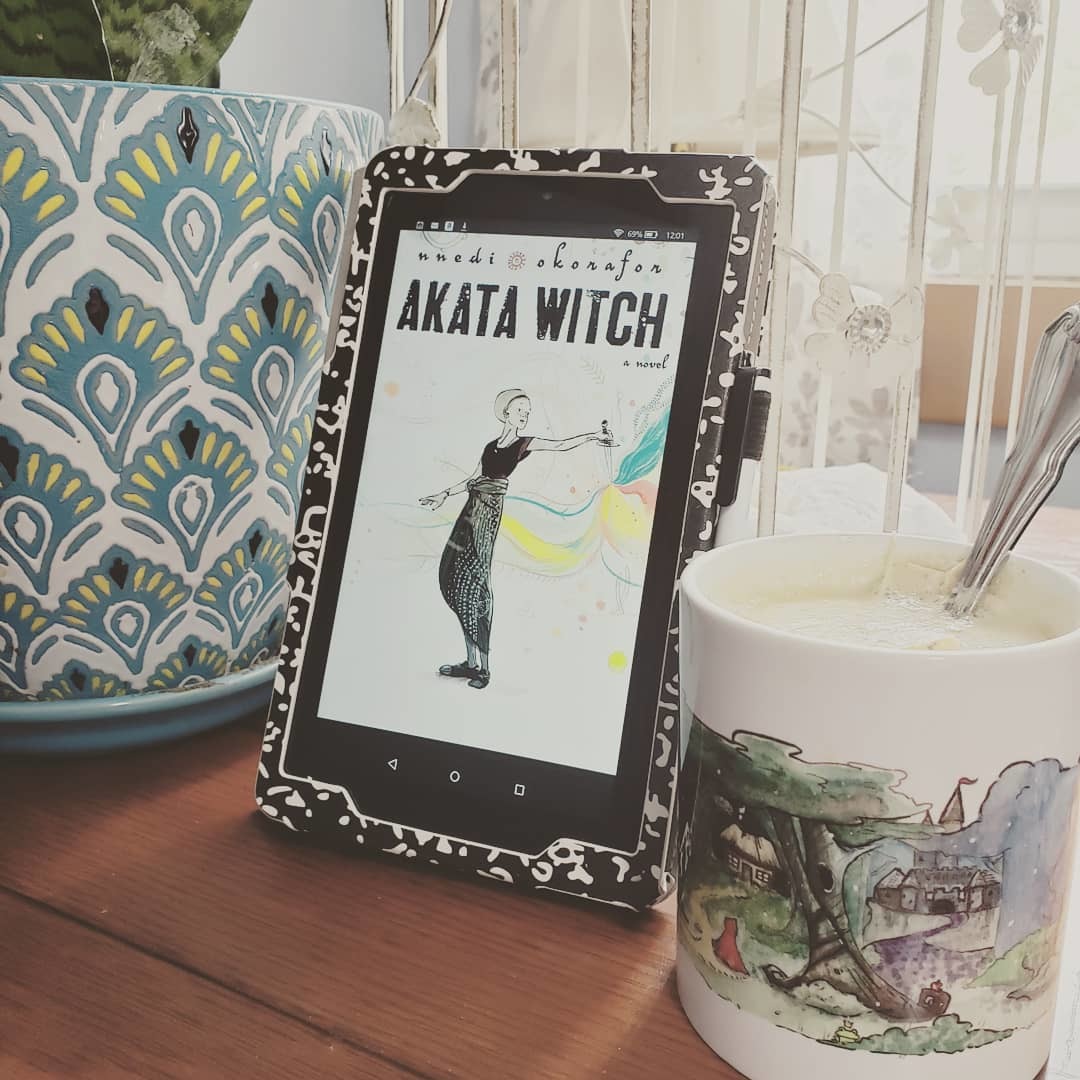 We embrace those things that make us unique or odd. For only in these things can we locate and then develop our most individual abilities.

Sunny was born in New York, but recently moved back to her homeland (Aba, Nigeria) and that transition has not been easy.

She’s bullied for her “American-ness”, her weirdness and above all, for her skin, she’s an albino African American.

All Sunny wants is to do what other, normal, twelve-year-olds can do – play soccer in the sun, laugh with a bunch of friends and be accepted for who she is.

Instead, she is bullied.

Bullied by the kids at school, by her brothers at home and by her father (who wishes she was a boy).

But, then one day, Orlu and Chichi come into her life, followed by Sasha.

Sunny learns that she is of the ancient race called Leopard People, who draw their strength from their greatest weaknesses (i.e. Sunny’s albino complexion makes her weak to the sun. This actually becomes a huge asset).

Meanwhile, a man called Black Hat Otokoto is carving his way across Nigeria – taking one child victim after anotherfor his black magic.

Sunny, Orlu, Chichi and Sasha form an Oha Coven with only one desire – to stop Otokoto.

Will they manage it in time? Or die trying?

There will be danger; some of you may not live…It’s a risk you take. This world is bigger than you…

There were many things that I loved about this novel – it felt so uniquely crafted and the world building was fun and exciting.

I thought the magic system was clever and enjoyed how knowledge was seen as the topmost goal of everyone in the Leopard People society.

Okorafor merged the ancient magic of Africa with the modern world in an intricate and fun way.

Was it just me or did any one else notice the similarities to Harry Potter?

There’s a secret school that Sunny is forbidden from mentioning to her family, there’s various levels of magical examinations required before you can use magic in the real world (etc).

Was it just me, or did the kids seem really… weird?

Sunny & Co felt like they were around 16-17 and yet they were actually supposed to be around 12 to 13. And they had the emotional range of a teaspoon.

For the most part, they were doing things they seemed more in line for high schoolers (i.e. one of the boys used magic totighten the fabric and push up 12-year-old Chichi’s breasts).

And, they never felt emotions.

For example, their little gang watched a man get murdered right before their eyes…. only immediately go play the mostdrawn out and pointless impromptu soccer game ever.

Was it just me, or did the bickering make you want to pull out your hair and scream too?

The one thing that did feel very age-appropriate for the kids was bickering.

I love a little banter but when 50% of interactions were just the main characters infighting, it became wearisome.

I just stopped caring because of the effort it took to follow along with the fighting.

Was it just me, or is anyone else PISSED about the albino thing?

It bothered me because:

1) According to the book’s lore, Leopard People are supposed to embrace their flaws and gain power from them.

Leopard People are supposed to love their physical shortcomings, so why in the world would the author erase them? Why not show your character adjusting and overcoming?

2) Can YA (and books in general) GET OVER the trope where every medical flaw has to be healed for happiness?

Thousands of albinos are out there in the world, and finally (FINALLY) there’s a book starring a main character with albinism.

…but then the author magically cures the symptoms while leaving her main character with the “cool” traits (unusual skin/ eye tones).

I want a book where the author doesn’t wave her magic pen and ONLY THEN the sick or abnormal main character experiences life.

Overall, I loved the excursion into the Akata world. It wasn’t the best in terms of content but it definitely entertained me.

Interested in this one from Nnedi Okorafor? Buy it here:  Amazon