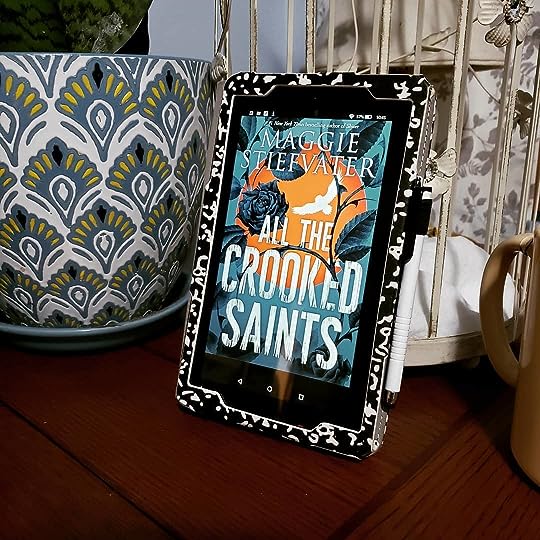 I was looking for a miracle, but I got a story instead, and sometimes those are the same thing.

The Soriaa are a family of miracle-workers. People from all-around the world pilgrimage to their little spot of the desert, hoping for a catch-all cure.

But what the pilgrims don’t realize is that miracles come in two-parts.

Bicho Raro was a place of strange miracles.

The first half is done by a Soria, but the second half has to be done by the pilgrim.

The Sorias bring the problem to life but most of the pilgrims learn only too late that the side effects can be devastating.

She had still been learning how to live with the hard truth that the most interesting parts of her thoughts usually got left behind when she tried to put them into words.

Someone who has trouble voicing their words may find themselves without a voice at all, someone subconscious of their size may become 10ft tall (etc).

The Sorias are forbidden from helping the pilgrims – so the family can’t tell the individuals something like, “Jeez. You just need to find a way to communicate your thoughts to others without relying on your words.” or “You need to learn to stop being subconscious.”

The younger members of the Soria family aren’t quite so set in their ways, and each of them are dealing with their own problems.

Joaquin moonlights as a DJ (Diablo Diablo) where he can express his personality outside of his family’s influence. Beatriz hides her feelings and Daniel is trapped performing miracles for everyone but cannot even help himself.

The young Sorias are going to have to choose sides…and soon…because soon, even miracles will not be able to save them.

I think I gosh-dang nearly had a heart attack when I rated this one. THE Maggie Stiefvater? Writing a 2-star book? Nothing could have prepared me for this moment.

The worst part was…I could have LOVED this one. The ideas, the characters. the magical realism – it was all there…but it just didn’t come together.

The characters felt flat for the first two-thirds of the book and when I finally began to connect with them, I already felt so disconnected to the book that it didn’t really matter.

J think my disconnection was (in part) due to the language. There was so much emphasis on the prosaic words that I would spend far too long puzzling out the meaning…before ultimately concluding that the words were just there to be pretty.

Humans are as drawn to hope as owls are to miracles. It only takes the suggestion of it to stir them up, and the eagerness lingers for a while even when all traces of it are gone.

In addition, the book throws you into a fully-fleshed out world with little or no scaffolding to bring the reader up to pace.

This was incredibly frustrating when the magic is incredibly intricate and has so much background to each and every aspect…that you find out pages or even chapters later….which by then, I was like, “ehhh…don’t care no more.”

Overall, this one was far more of a miss than I ever would have expected. Real shame too, cause I absolutely LOVED the Raven Boys series.