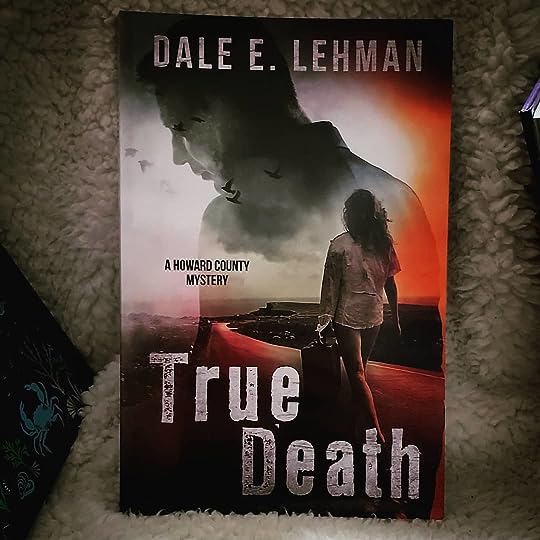 “Are you telling me that someone can kill a person in Maryland andif they’re not caught in three years they can just walk away?”

Detective Lieutenant Rick Peller just wrapped up the Fibonacci murders and is settling down to the lazy routine of Howard County.

But then…there’s a robbery gone wrong which carries an eerie similarity to what happened to Sandra Peller, Rick’s deceased wife.

He wished he could turn back the clock.
The clock ticked on.

Sandra was a victim of a hit-and-run but the more Rick investigates this new case…the more he finds evidence that Sandra’s death might not have been an accident after all.

Meanwhile, his Detective Sergeants (Corina Montufar and Eric Dumas) are at the forefront of this investigation – and it’s proving to be far more than they expected.

….this is going to be ugly. I can’t think of a worse ending to this tale…”

I did rather enjoy the plot this round – it didn’t have quite as snappy of a beginning as the Fibonacci Murders but True Death certainly delivered on its premise.

There were plenty of twists and turns – and I never knew where the story was going but nonetheless I was entertained throughout the journey!

I really enjoyed taking the back seat and watching all of the detectives take charge of the investigation.

The characters feel more solid this round and you can really feel the author sinking into this series.

I really liked getting to know Dumas and Montufar a bit more this round and I’m still invested in their relationship – but they do feel like they are moving at a snail’s pace! I would love to see the pace of that pick up a bit for the third book.

The addition of all these new characters did leave me with a fairly steep learning curve.

I think it’s because I typically don’t call people by their last names and when confronted with a bunch of last names, I struggled to remember which one belonged to which character (because the context clues I normally rely on – i.e. gender of the name – were absent).

But the quick action and exciting tone really kept the energy going. I cannot wait to read the next one!

With thanks to the author for providing a free copy in exchange for an honest review.

Interested in this one from Dale E. Lehman? Buy it here:  Amazon