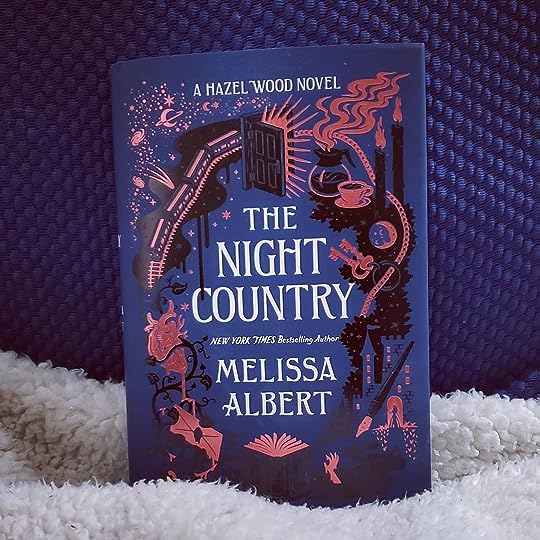 “You were a monster in the Hinterland. Why are you pretending to be a mouse?”

Three-times Alice struck terror into the hearts of those in her story….but she was trapped – doomed – to live out her short, miserable life again and again.

Her mother, stole her once from the story and raised her in the real world. And Alice became trapped back into her story, Ellery Finch stole her twice to bring her back.

And now, just when she’s set to live out a normal life...the Hinterland rears its ugly head.

Lock and latch, do up to the catch
And pray that your alone

There’s someone (something?) killing the Hinterland survivors.

Ahhh! I am SO happy to have read this one.

My obsession with The Hazel Wood went pretty much 0 to 100 in zero seconds flat.

I think I just get absolutely swept away by the concept of story-characters coming to life – and then combine that with Holly Black level of creepiness…ahh. The Hazel Wood was JUST perfect.

So, of course I was going to read and review the second one as quick as humanly possible.

And allow me to assure you…it didn’t disappoint.

Things did feel a bit sluggish in the beginning, as Alice was settling into her “new” life (and honestly, we all knew that wasn’t going to stick)….

Then when the murders began ramping up and the Hinterland characters began to play a more prominent role…sheer perfection.

The imagery in this book was stunning. Absolutely stunning.

Her smile came out like a sickle moon, all edge.

And the way she could turn a phrase kept me wholly hooked in The Night Country.

And I loved the love interest in this book. The way the two of them clicked together really cinched it.

You are one of those impossible things.

I’m not going to give anything away but I literally could not turn the pages fast enough. The worst part…? It’s gonna be forever before Albert writes another.

Melissa Albert – you created this addiction. You better be prepared for when it rears its desperate head.

A huge thank you to Flatiron Press and Melissa Albert for sending me a free copy in exchange for an honest review.

One thought on “The Night Country – Melissa Albert”