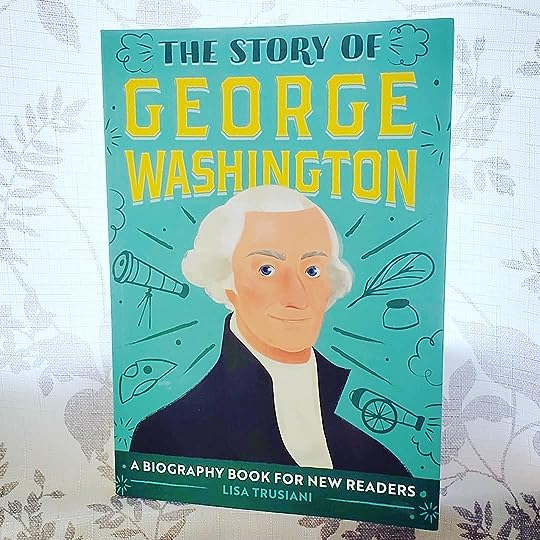 If George was a good president, the United States could grow strong. If he was weak or a bully, it might fall apart.

George Washington is arguably the most famous president the United States ever had…but he was not always the strong, stern man who helped create a country.

Once, he was a young kid – just like you!

George grew up on his family’s farms…George learned to ride horses, hunt and fish.

When George grew older, he became a major in the Virginia militia.

He helped win many battles and eventually, he was asked to do a very, very difficult task.

Could he win a war against England, the post powerful country in the world? George Washington said yes, and agreed to lead the Continental Army. His new country needed him.

But once America was freed, he soon realized that there was a lot more work to do!

George knew the country would fall apart if the states didn’t work together.

And so George Washington set to work – building the foundation of the America of today!

Overall, this was an incredibly cute book. I am just LOVING this biography series from Rockridge Press and this one did not disappoint!

George Washington’s story was accurately depicted – in particular, I really appreciated how the author acknowledged how George’s family owned slaves and how bad it was. So many children’s books gloss over the fact because it portrays our first president in a bad light.

The book did a really nice job showing George’s path from simple major to President of United States.

I loved the fact or fiction sections – where the author addresses some really common myths (i.e. chopping down the cherry tree, wooden teeth, etc).

The illustrations were so well done and provided a truly enjoyable lift to the book. Plus, young George was such a cute kid!

All in all, this book was an absolutely lovely addition to the Biography Book for New Readers series!

A HUGE thank you to Lisa Trusiani and Rockridge Press for sending me a free copy in exchange for an honest review!

Interested in this one from Lisa Trusiani? Buy it here:  Amazon