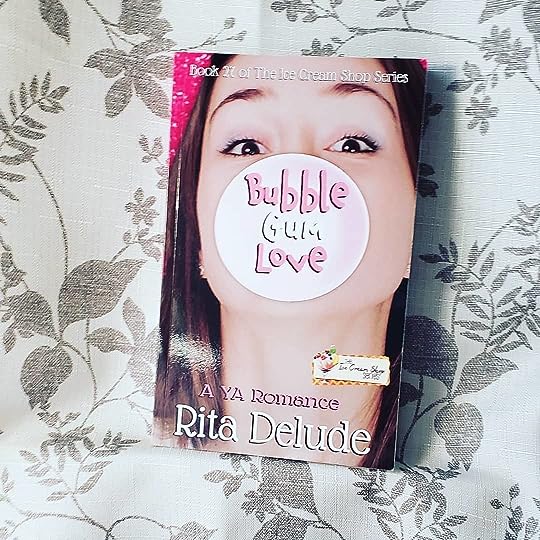 I want to rush to where Corey is waiting. But I don’t want to look too eager.

Amanda and Seth. Seth and Amanda.

Everyone KNOWS they’re together – even though they didn’t make it official.

But...Amanda is getting tired of waiting.

Don’t accept any dates, what would Seth think? I’m holding out for the one guy I love, but enough is enough.

There’s only so much she’s willing to put up with.

And when a cute guy moves to town, Seth realizes that he’s going to have to make a move – and fast!

I blow a bubble, pop it, and say, “Let’s get this party started.”

Whew. This ended up being a fun contemporary YA.

Considering this book is the twenty-seventh (27?!?!) of this series, I did feel like I could jump in fairly easily and come up to speed. (No idea what the major series is about!).

I did wonder what was the barrier between Amanda and Seth getting together – they both clearly liked each other and they both KNEW the other one liked them. So, what was stopping them from asking the other out?

Perhaps that would be something explained in one of the earlier twenty-seven books…?

The plot was fairly balanced between showing and telling, though it did lean a smidge towards telling but not overtly.

The characters were blocked out quite well and their personalities did shine through…though they did feel a bit formal.

He stood out and I’m excited to pick up the next one to find out what happens next.

With thanks to the author for sending me a free copy in exchange for an honest review.

Interested in this one from Rita Delude? Buy it here:  Amazon