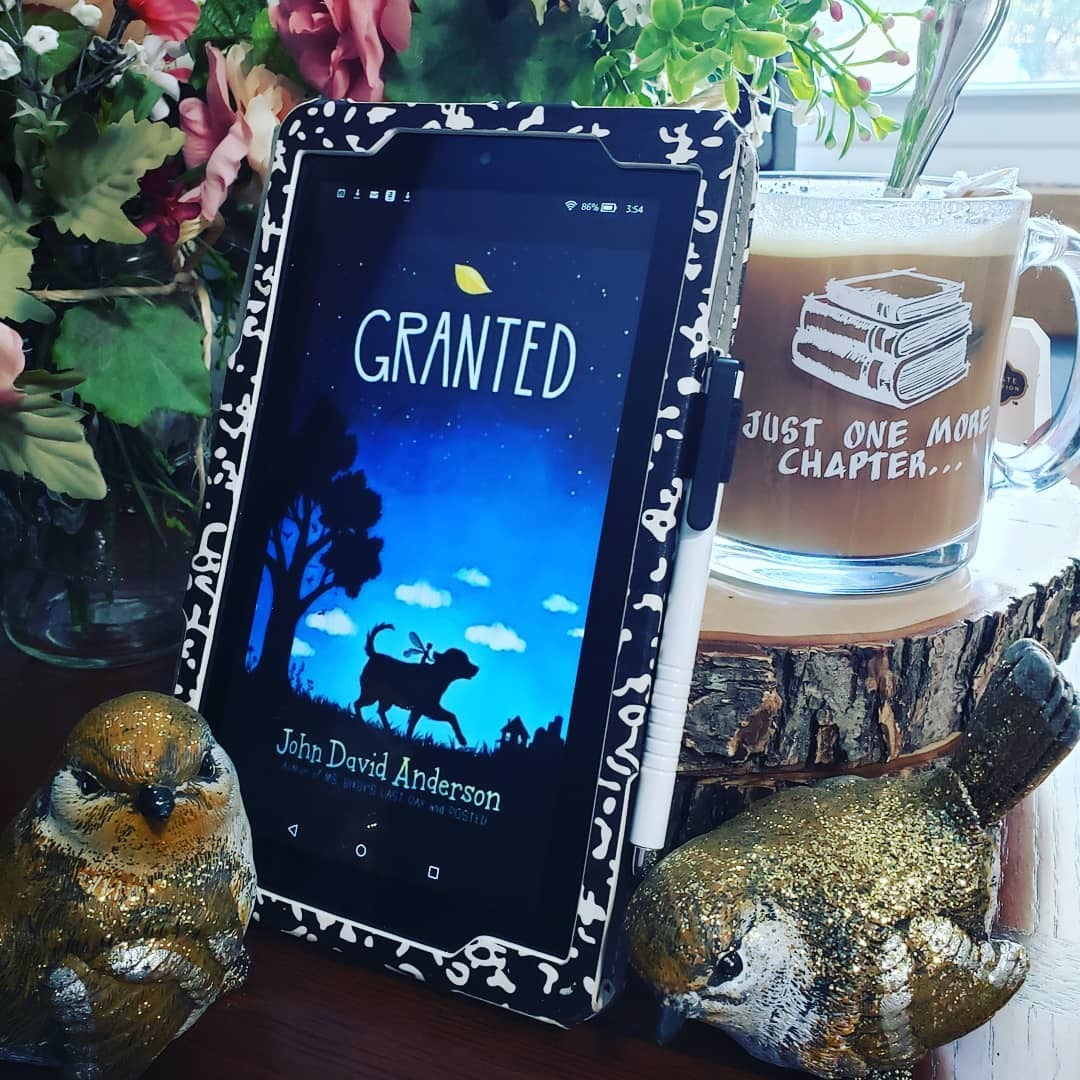 A wish is many things. It is apprehension and anticipation. It is lucky coins and dandelion fluff and rainbows stretching to forever.

Ophelia Delphinium Fidgets is a fairy of the highest caliber – she has the honor, privilege and responsibility of being a Granter.

Granters are the select few who get to leave Haven (their magical safe house (ok, actually a safe tree)) and fly out into the world to grant a human wish.

Wish-granting is responsible for all fairy magic…only things have been going wrong latelywishes are being granted.

Ophelia has spent her time on desk-work ever since she joined the Granters but…after a few strings are pulled and a few lucky circumstances…she has managed to get her first mission!

Only, things go terribly wrong within minutes of flying out and Ophelia is left with a choice – turn round and give up? Or press on and grant that wish – no matter what!
(I think you know which one she chooses…)

In short – this one was an absolute winner.

I loved the fast-paced, hilarious and whimsical world of faries.

They were hilarious and touching, sweet but sassy and (above all) an absolute delight to read about!

Ophelia was just the kind of heroine I love to read about – she’s so smart, determined and strong.

She knew what she wanted and how to get there (mostly!).

Wishes are made in moments of wonder and desperation. Wishes are prayers without a salutation and minus an amen.

And the companions she met along the way were absolutely wonderful – so sweet and kind.

Of course, just because you don’t believe in something doesn’t mean it doesn’t exist. If anything, that just makes it harder when you’re suddenly face-to-face with it.

Audiobook Comments
Exceptionally well-read – absolutely loved listening to this one on audio!

Interested in this one from John David Anderson? Buy it here:  Amazon