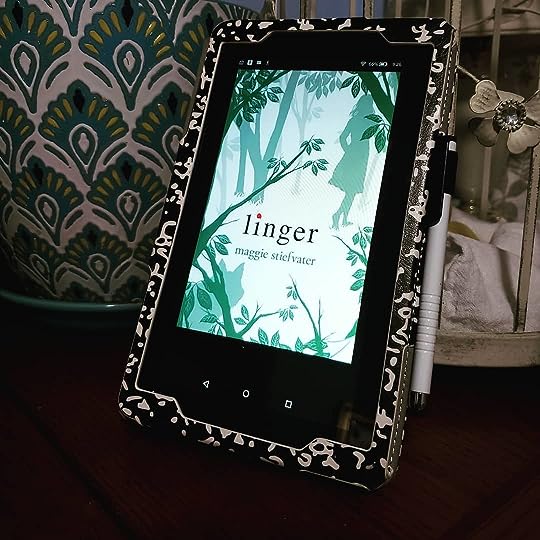 What’s better than a book about two lovebirds being in love? HOW could you POSSIBLY keep your audience INVESTEDafter the characters get together in Chapter 1 of book 1????

This is a love story. I never knew there were so many kinds of love or that love could make people do so many different things.

I never knew there were so many different ways to say goodbye.

Because you know that’s not how you want it to end. You know I’d love to have you with me, and it will be that way, one day. But this isn’t the way it ought to happen.

So…you may be wondering what could possibly cause this level of Romeo-Julietesque mourning.

Did one of them kill themselves? Was there a tragic, deadly disaster?

Nah. They aren’t actually separated. This is all emotional separation pining. Hur-ray.

In other words, for Book 2, we are actually back at square one.

To better put this into perspective, at the end of last book, Grace turns Sam permanently into a human through a convoluted and completely (and utterly) dumb way (think of the most dangerous way to do something simple…and she went three steps beyond that).

What annoys me SO MUCH about this book is that it’s theEXACT SAME PLOT as the previous one.

Last round, Sam has the “terminal wolf-syndrome” to deal with…that he waits until literally the last couple of days to tell her…and when he finally does, Grace has go to extremes to save his life.

This round, Grace is facing a terminal issue and instead of telling him, she bottles it up and hopes it goes away.

Like Gurl. Did you not read the last book?

Anyway, other than THAT bug in my bonnet, I enjoyed (most) of this book. The characters were better developed this round and we get to “meet” Cole and get to know Isabelle (who’s by-far my favorite).

Grace is such a goody-two-shoes that it’s quite a relief to have the “mean girl” call her out on that. This book needed a little bit of spice!

And (thankfully) there was less kissing. I don’t mind a smooch-a-roo from the couples, but last round, it ended up being SO heavy-handed that I became utterly numb to it.

Though, points for the book-quotes this round!

…she made her home in between the pages of books.

I couldn’t imagine anyone ever reading a book enough to make it look like that. It looked like it had been driven over by a school bus after someone had taken a bath with it.

One thought on “Linger – Maggie Stiefvater”