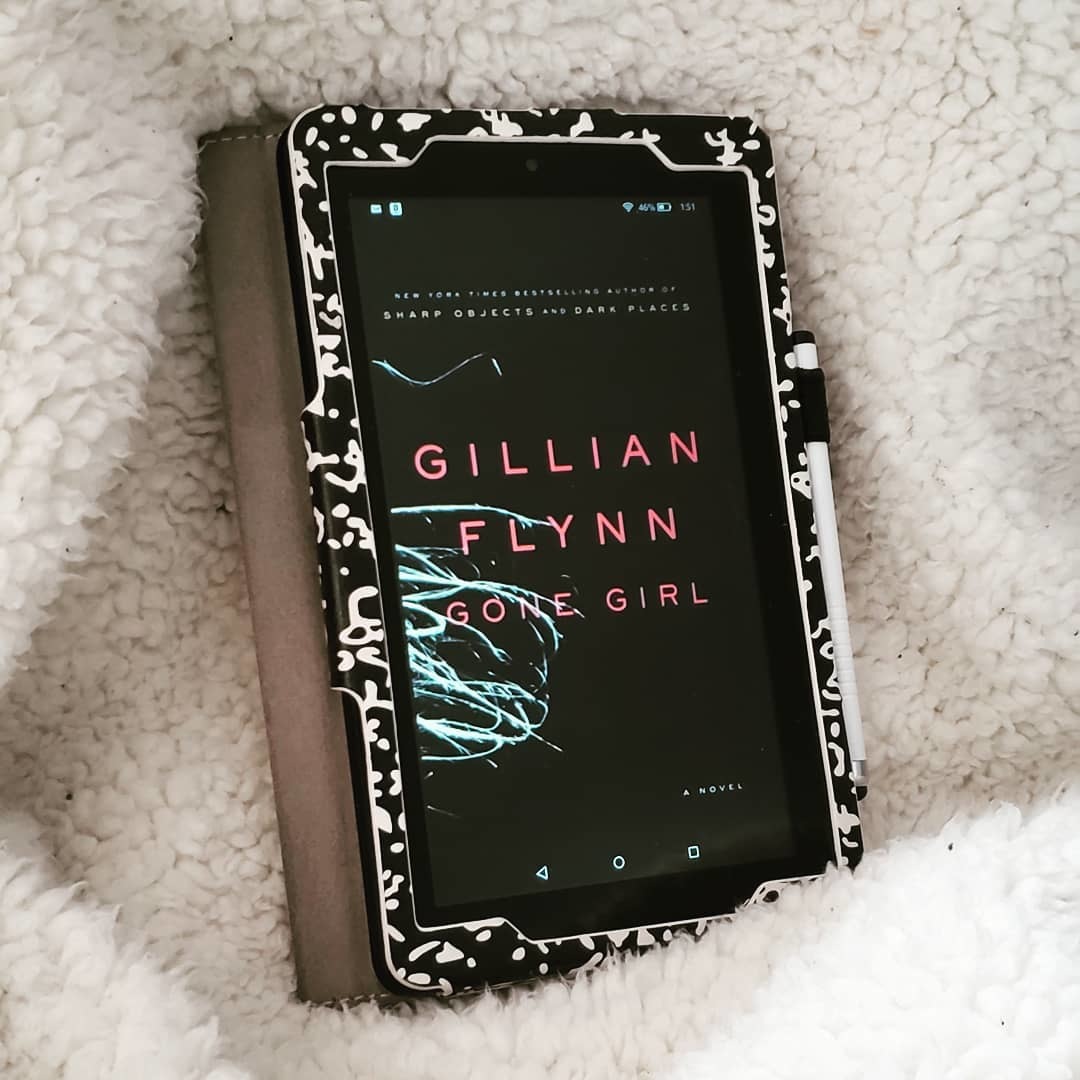 There’s something disturbing about recalling a warm memory and feeling utterly cold.

On the day of Nick and Amy Dunne’s fifth anniversary – Amy disappears.

There’s a lot of weird…things associated with the disappearance.

Blood that was messily cleaned up, a suspiciously staged scene and a host of other bits of evidence that all points towards Nick Dunne.

But in the world where the murderer is always the husband…what happens when it isn’t?

There’s a difference between really loving someone and loving the idea of her.

Ahhh… upon a reread. I bumped it down a bit.

It was still a fun romp back into this book…but I honestly don’t think I’ll go in for another round.

The first time – when the BIG THING happened – my mind was blown. I was wowed. I could not get over it.

And this round? I thought I would love it more. Because now I could see all the little clues that I missed before… but they didn’t do that

It was still well-written and engaging…but ehhh. I guess finding out the surprise really just didn’t give me anything left to look forward to/anticipate.