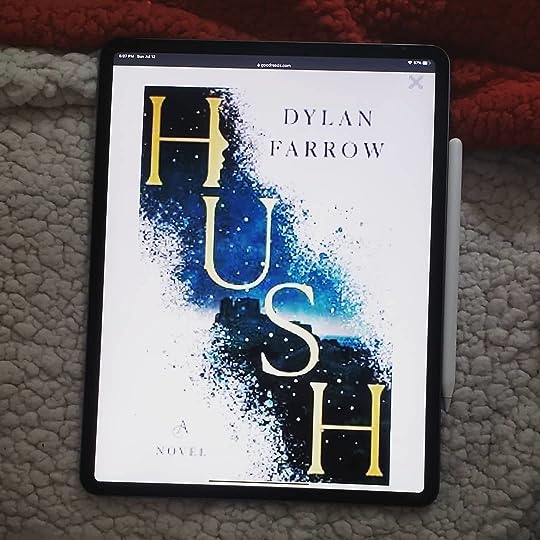 “What if we rewrote the world?”

Shae (17) spent her entire life in a world without books due to the ever-present Blot.

The Blot is a deadly disease that’s spread by ink and books. The only ones who can prevent it is the Bards.

Every so often, the Bards come to town to bless or curse the people based on their tithes. After they’ve finished, Shae realizes her mother was murdered – by a weapon owned by the bards.

There are things more important than meekly obeying the rules.

After a chance encounter and a little demonstration of magic that she didn’t know she had…Shae is able to join the Bards, and hopefully find her mother’s murderer.

“You say water is so impressionable…but just because something is fluid, does not make it obedient.”

There were a lot of good elements to this one.

The plot was certainly not something I’ve seen before and I enjoyed watching it play out.

I liked the danger of the Blot and thought that it was an interesting twist of a blight.

The death of the mother was a great motivator for Shae and ultimately is what held my attention the most to the book. I kept trying to figure it out on my own but all of my guesses ended up far away from the truth.

The embroidery aspect of the future-predictions was really cool – I had fun watching Shae work on her artwork (and eventually discovering her Bard powers).

I felt like a few of the plot twists (namely the betrayals) were a little typical-YA (aka predictable) but all in all, i think this one works rather well and am excited for book 2!

With thanks to Netgalley, Wednesday Books and Dylan Farrow for sending me a free copy in exchange for an honest review.

Interested in this one from Dylan Farrow? Buy it here:  Amazon