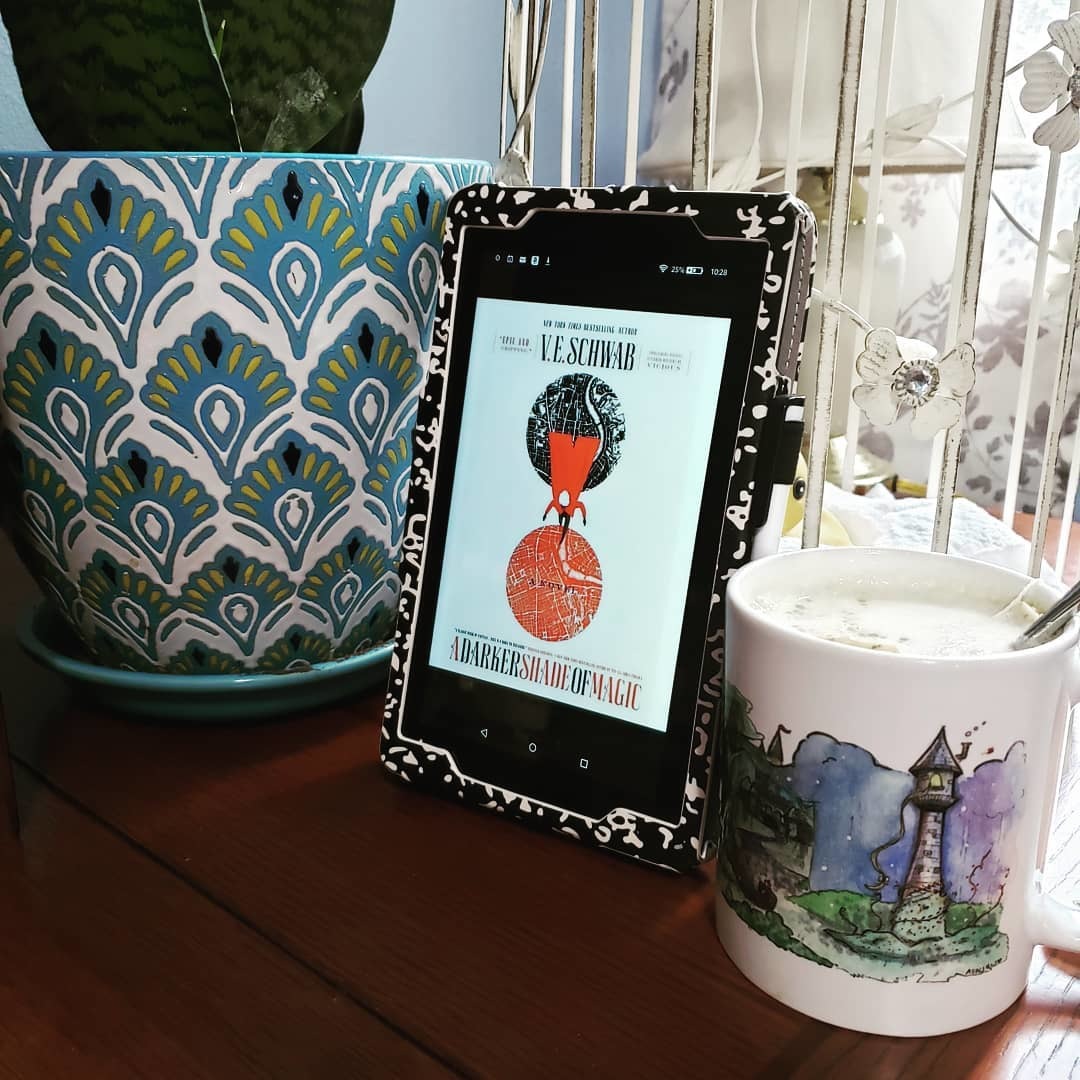 Her smile widened. “Everything.”

Kell – one of the last Antari – is playing a dangerous game. Being an Antari, he travels between worlds.

He knows of four worlds and all four of them have one, conveniently overlapping city: London.

White London – Magic is cruel, often needs to be stolen and locked into bodies

Black London – Magic is hungry and all-consuming, magic apocalypse happened here. All magic, artifacts and people from Black London is banned from the other worlds.

Kell frequently travels in and out of the Londons – passing along correspondence, adventuring and smuggling artifacts(that last bit is hugely illegal).

After a visit to the cruel king and queen of White London, Kell is given an innocuous black stone and told to bring it to Red London. A bit buzzed and confused, he travels between worlds only to discover that the stone is actually a part of Black London.

By smuggling the stone, Kell committed treason against the crown of Red London (his adopted family) but more importantly, the black stone contains remnants of that world’s magic – seduction and hunger.

Delilah “Lila” Bard lives in Grey London (not that she knows it). It’s the only London without magic and she’s spent her entire life looking for a way out. And then Kell lands on her doorstop.

I’d rather die on an adventure than live standing still.

Kell immediately struggles with the power of the stone. And he soon realizes that although he may not want it, help will come to him in the form of one very, very stubborn Lila Bard.

“Sure I do,” countered Lila cheerfully. “There’s Dull London, Kell London, Creepy London, and Dead London,” she recited, ticking them off on her fingers. “See? I’m a fast learner.”

Whewww! I really enjoyed the start to this series!

Schwab had such a unique idea – with the four Londons and their varying degrees of magic – and executed it extremely well. I loved all the details she included – it really made the story come alive.

As for the characters…Lila (at times a bit over the top) really balanced out the seriousness and coldness of Kell. The two of them working together had a really natural feel – as evidenced by their free-flowing banter.

“I apologize for anything I might have done. I was not myself.”

“I apologize for shooting you in the leg.” said Lila. “I was myself entirely.”

I cannot wait to get started on book two!

Audiobook Comments
Read by Steven Crossley – and he did a great job. This was a rather well-read audiobook. I do wish he would’ve had more emotion when it came to his characters but then again, Kell is supposed to be a little stand-offish.