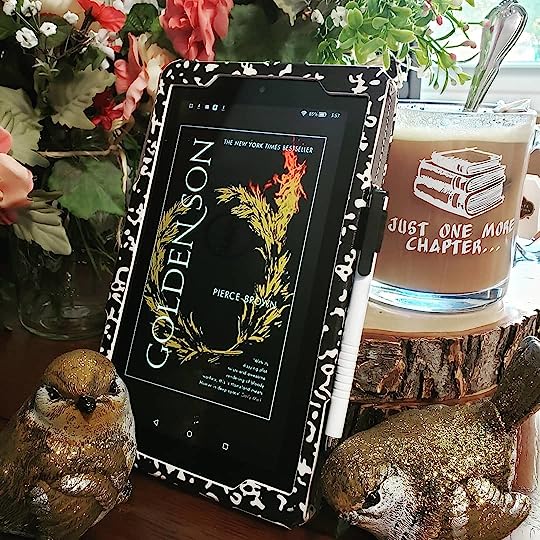 I don’t know what’s wrong with me but this one is so gory-damn boring that I could scream.

Am I the only one?

Does it get better???

It didn’t get better, but on the plus side, this book is over! I can FINALLY read something else!

Okay. So. A lot happens in this book.

And most of it isn’t important.

The premise is still the same – Darrow’s world is incredibly caste-divided (Reds – workers, Golds – rulers, Pinks – sex slaves, etc) and thanks to genetic modification, everyone is perfectly adapted to their role.

However, Darrow, a Red, is transformed into a Gold and given a secret mission to infiltrate the higher-up world of Golds in order to dismantle their world from the inside-out.

Last round we had a hunger-games-esque free-for-all only with far more brutal murders and actual scheming.

It was hella-interesting to have the Greek-themed houses strategize and overthrow. I was so invested in the howlers and the fate of Darrow…but this round? Ehhh.

Darrow flies around on a ship, wheeling and dealing as he gains more power. There’s a couple of big bads but Darrow’s big brain saves him every time.

I just really wasn’t feeling it – too much was happening and it was all too big.

We are talking about the fate of billions of beings and intricate worlds and politics galore – and I’m just not about that life.

It’s the sort of issues which take decades to resolve in any meaningful manner and I just don’t feel like sticking around for it.

Audiobook Comments
Read by Tim Gerard Reynolds – the only good thing about this book was the quality of its narration.