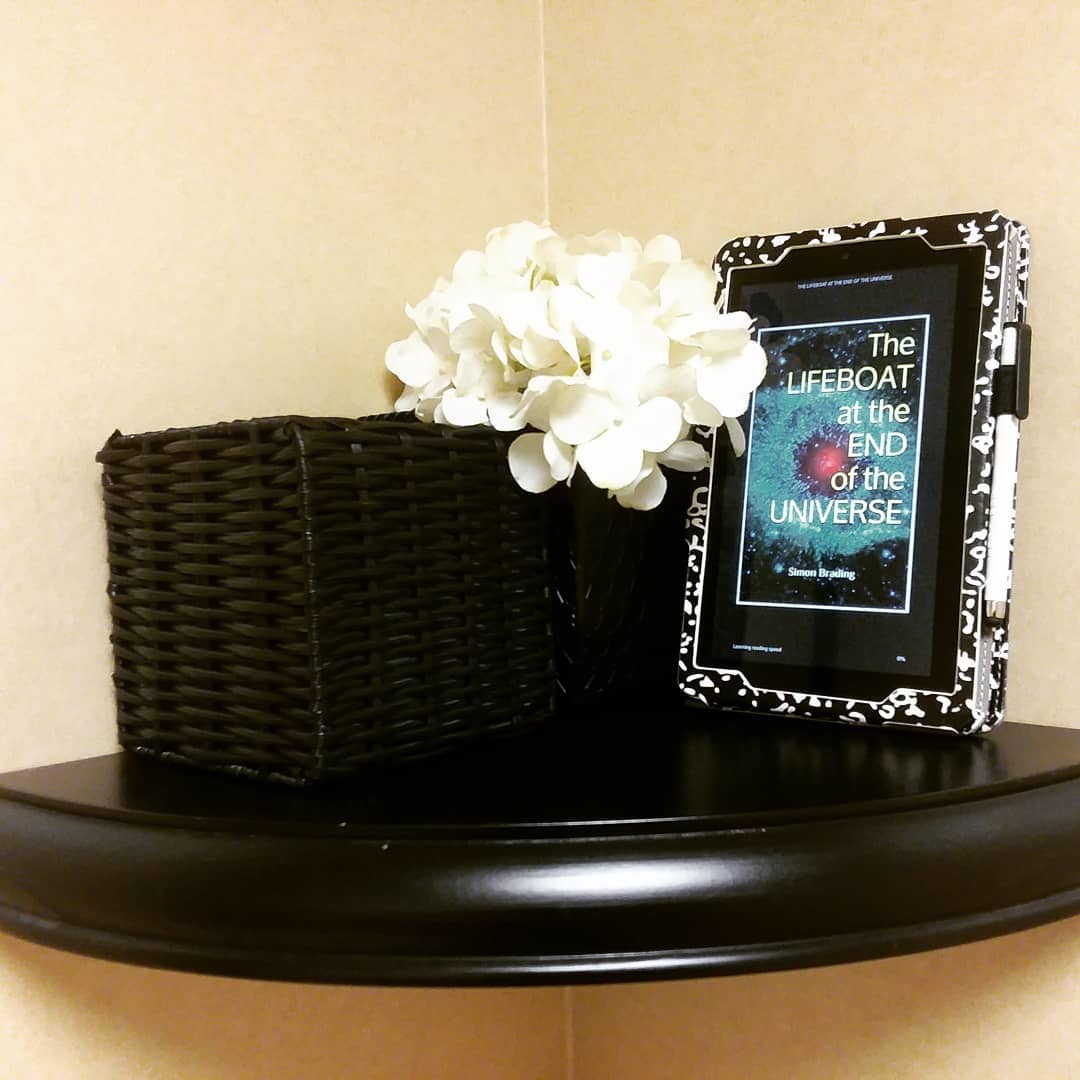 The “Big Crunch” – aka the ever-expanding universe shrinking back into itself and destroying everything and everyone – is about to happen.

‘The problem is that we kind of forgot this was going to happen.’

And thus humanity procrastinated their way to an early grave.

Billions of years ago, humans created “Lifeboats” – aka space ships. Lifeboats were to carry humanity across the universe and escape the Big Crunch’s gravitational pull.

Only, humanity didn’t start in time and now what’s left of the human race is frantically piloting their Lifeboats to the edges of the universe in the hopes that they aren’t too late.

Every Lifeboat comes stocked with 1 Adam (an AI in charge of the ship), 199 artificial humans (robot servants to keep everything running) and millions of humans (kept asleep in stasis pods).

The humans are woken up in groups of ten ever few thousand years to prevent the negative effects of long-term stasis from affecting their brains.

We follow the Adam as he manages the latest bunch of humans…only these humans are noticing things that they shouldn’t be and he can’t stop their suspicions.

Unfortunately, we have lost contact with some of the other Lifeboats, but there is no need to worry; there are many possible causes for the loss of contact…it does not necessarily mean that it has been destroyed

This was an unexpectedly riveting read – I was fully engrossed and really hope that there might be a sequel some day. (Though with that ending, whew!) Definitely my favorite Brading Book!

Interested in this one from Simon Brading? Pick up your copy from:  Amazon