Simon Brading – a thrillingly prolific writer – has had quite the atypical journey to authorship. Since the late 1990s, he’s acted in short films, TV series, web series, commercials and more. He’s spent nearly half a decade dancing and performing in ballet tours. He’s modeled and done voicework before settling in Barcelona to write.

He continues to act but spends much, if not all, of his free time writing, writing and more writing.

He’s written a few standalone books and a few series which I’ve had the absolute pleasure to read and review.  The Lifeboat at the End of the Universe – a sci-fi thriller and race to escape the end of all things. Twin Ambitions focuses on a brother and sister who want to dance ballet above all else, much to their aunt’s dismay. The “Displacers” Series – a wild race across time and space. And the Misfit Squadron – a steampunk alt-history of WWII (which has recently been picked up by a publishing company!).

All in all, I absolutely love reading and reviewing for Simon and was beyond excited when he agreed to be interviewed! Without further ado, here’s Seven Questions on a Saturday with Simon Brading!

1) What does a typical day of writing look for you? Do you have any unusual writing quirks?

It used to be that I would be at my computer most of the day, from morning until night, with breaks for food, more breaks for tea, and an occasional rest. With the arrival of my son that has completely gone out the window and now I am grateful for the occasional hour I can snatch!

As for quirks… I compose entire sequences of my books in my head while in the shower, then rush to write them down afterwards before I forget. I typically create about 5 -10% of my output in those 10 minutes and solve the most problems.

2) You have written an impressive number of books for a wide range of audiences. Which book is your favorite and why?

My favourite would have to be one of The Displacers series. I poured so much of myself into those books. However, if I had to pick one among them it would be the fifth and final book, The Time for Vengeance, because it is packed with emotion and brings my main character, Sam, full circle.

The fourth book, The Price of Greed, comes a close second, though, because it is generally lighthearted and has some of my favourite scenes in it, including a fencing competition and plenty of martial arts, things which are always very fun to write because I get to play them out in my mind.

My favourite scene of all time is in that book and is where Sam and Rachel say goodbye to the Dalai Lama. I’m not going to say anything more than that because spoiler!

3) You have spent quite some time as a self-published author and have recently had a series picked up by a publishing company. Could you talk a little about what it was like being in the self-publishing world? And what has changed since your series has been picked up?

For me, being self-published was often extremely disheartening. I had all these books which whoever read them told me were very good, but I couldn’t sell any of them! It is quite hard to get up in the morning, check to see if anyone’s reading your books, find out that maybe one person in the whole world is, then spend the rest of the day pouring your heart out onto a page.

Nothing has really changed since the Misfit Squadron series has been picked up, my day is the same, my process is the same and my plans are the same. The only thing that I’m hoping will change is how many people read my books. (I am really not good at self-promotion and I’m hoping that Sea Lion Press are going to do that for me.)

4) One thing that absolutely fascinates me is the motivation or inspiration behind a book. Could you briefly talk about the inspiration for your standalone books and first books of your series?

Inspiration can be found anywhere in my experience and the ideas for my books have come from a wide variety of places, but believe it or not, both of my stand-alone books were inspired by dreams. Neither of them turned out very much like the dream they were based on, but the original spark was found while I was asleep.

The Displacers series, interestingly enough was supposed to be just a series of short stories for a nephew. It was inspired by a cartoon series from the 70’s called “Mr Benn” who goes into a fancy dress shop every episode, tries on a different costume each time, and has an adventure with it on. If you read the series, you’ll see that they’ve also ended up quite different, although the first book, The Pirate’s Heir, still has a lot of that innocence as Sam has not yet had his childhood brought to an abrupt end.

5) Some authors work on one book from start-to-finish, while others have multiple projects going on all the time. Which one are you (and why)? Do you have any projects on your metaphorical literary table that you can tell us about?

I’m definitely a one book guy. I make notes on other projects as ideas occur to me, but that’s all, I don’t go into them – I stick with the book I’m writing; it’s confusing enough keeping track of everyone and everything as it is. Also, I like to live in my books as I write them, allowing my characters to take me where they want to go, and that requires a continuity that would be destroyed hopping from one world to another.

As for upcoming projects – I’m going to be concentrating on the Misfit Squadron series for at least a while; I already know what the next few volumes are going to be and I want to explore that world a little more before I go back to the sci-fi project I started and abandoned to take to the skies.

6) How many drafts do you typically go through one of your books before publishing? Have you ever edited something out of your books that you later regretted?

My books typically come out fully formed, which means that once the first draft is done, the story is set. The second draft is also the final one and I use it to polish up the language, check for grammatical and spelling mistakes, and also to embellish or, very rarely, cut, using what I’ve learnt writing the rest of the book. Then it’s done.

Having said that, I have given books like “The Pirate’s Heir” and “The Lifeboat at the End of the Universe” another edit (three more in the case of Pirate’s) but that was only because they were the first two books I ever wrote and the original versions showed my inexperience.

I don’t recall ever having cut something that I regretted because, as I said, I make very little in the way of cuts. However, a couple of times I’ve scrapped entire stories because the idea they were based on didn’t have the legs I thought it had.

7) What is your favorite childhood book and why?

I don’t actually have one! I apparently had such an advanced reading age that I started reading adult books when I was about 8 and I moved past kids books so quickly I didn’t get a chance to have a clear favourite. “Swallows and Amazons” probably comes closest, though; I read that quite a few times when I was five or six. 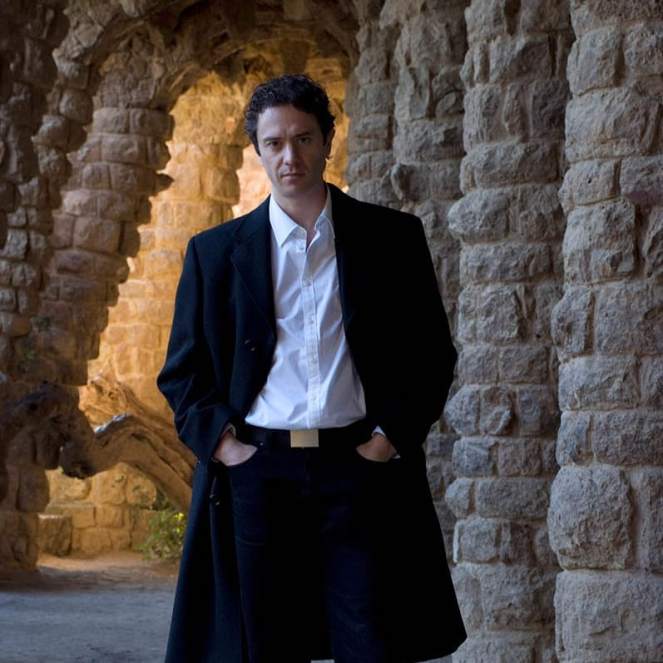 Interested in connecting with Simon Brading on social media? Check out his:

The Lion and the Baron — Goodreads |  Amazon

The Secrets of the Ancients — Goodreads |  Amazon  |   My Review

The Price of Greed — Goodreads |  Amazon

The Time for Vengeance — Goodreads   |   Amazon

One thought on “Seven Questions on a Saturday – Simon Brading”