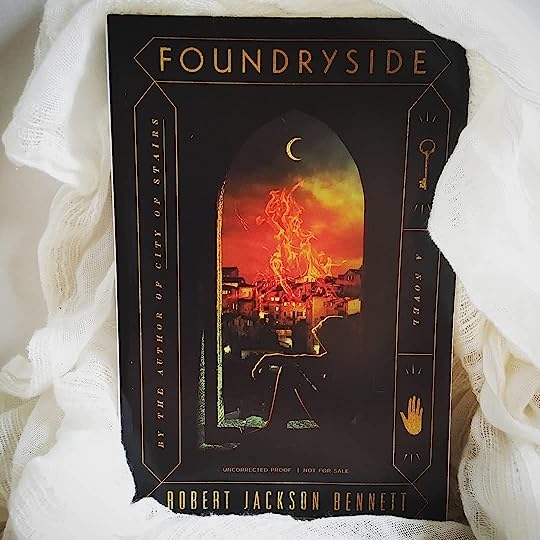 The soles of her boots touched earth, and she started to run.

No matter the cost, Sancia will do what it takes to survive. She’s carved out an existence in one of the most inhospitable places in the city.

She’s a woman of many hats – thief, liar, plunderer, and more:

“But the fire was you as well?”
Sancia shrugged. “Shit got out of hand.”

She takes on odd jobs – often stealing items from one merchant house and selling it to another…though the latest adventure might just take a cake.

Now that she’s added talking-key-guardian to her job description, she now has to deal with the consequences – which includes having the entire world trying to kill her.

That’s what scriving is. Reality doesn’t matter. If you can change something’s mind enough, it’ll believe whatever reality you choose.

If a skilled scriver writes “something” on an object, the object will believe that it can do that “something”

Only, there are very specific and highly controlled rules for how scriving works – and when Sancia steals Clef (the talking key), she quickly realizes that someone has broken all of the rules.

Any of the merchant houses (where new scrivings are dreamed up and tested), would (literally) kill to obtain the key – especially considering this is an object with an actual consciousness. And with people closing in on all sides, Sancia is quickly running out of options.

I don’t know what the hell to do, Clef. I want to run, but I’ve nowhere to run to.

From the first page to the last – I was absolutely hooked.

There was so much I loved about this book – the banter, the characters, the dialogue, I could go on.

The humor really stood out in this novel. Sancia had just the right mixture of sarcasm and snark. I adored how Sancia would take other characters’ misconceptions and just roll with it.

Also, the magic felt so fresh and interesting – I actually looked forward to the exposition scenes so I can puzzle out all the intricacies of the world.

Which brings me to the world building – it was absolutely fabulous!

The craziness of the merchant territories and the slums of Sancia’s home were all beautifully fleshed out. I truly feel like I could be plopped down anywhere in the city and find my way around. Hats off to the author for that!

Honestly, the worst part about reading an amazing, newly published first book of a series is realizing how long you have to wait for the series to come out. I cannot wait for the next one!!

Interested in this one from Robert Bennett? Buy it here:  Amazon

With thanks to Crown Publishing for an ARC in exchange for an honest review.