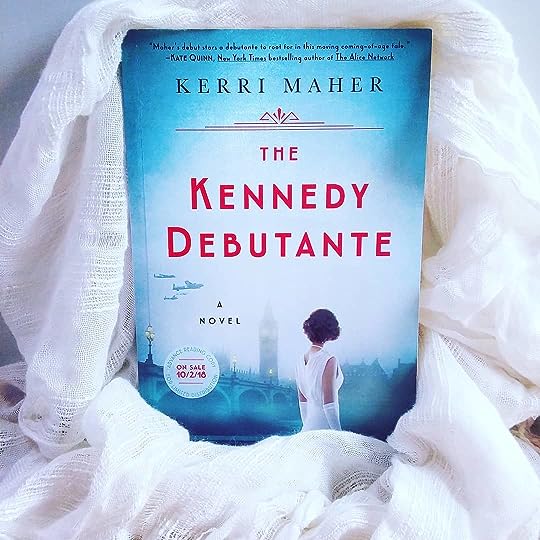 Kathleen “Kick” Kennedy has it all – the fame, the riches, the glory. Her life is so tied up in the Kennedy legacy, that she hardly knows where they end and she begins.

And now, as she’s entering her debutante years, Kick finally has a chance to become her own person, find her own love and (above all) escape from under her mother’s thumb.

It was the first time in ages she had felt carried away by something, part of something, that had nothing to do with her family, and she loved it

Kick falls in love with London…and a certain Billy Hartington, heir to the Duke of Devonshire.

“So…has he kissed you yet?”
“Deborah Mitford!”
“What? You might be Catholic, but you’re not a nun.”

But their love comes at a cost.

Kick is a devout Catholic and Billy is an equally devout Protestant. And Kick’s mother? A whole other story.

Rose (Kick’s mother) puts all dragon mothers to shame – she is nothing if not completely and utterly in control.

“But think, darling. You don’t want to ruin your excellent reputation.”

So often, Kick is a mere footnote to the long, extensive and outrageous Kennedy family history and I’m really pleased with how Maher brought Kick out from the background.

Kick was spunky, feisty and sweet. The author did an excellent job with working Kick’s faith into this story. You don’t have too many stories where the main character’s religion plays such a strong (and positive role).

In addition, this book covers several years of Kick’s life, so we are really able to see her character (and the others in this novel) grow and develop. I loved watching her grow from a spunky teen to a mature woman.

I do wish the Rosemary angle was expanded upon in this novel. Rosemary, Kick’s older sister, was always a little bit strange – behavioral issues, learning disability, etc.

This novel touched on what happened to Rosemary:

“Yes, you see, your father’s heard about a procedure that might help our dear Rosemary…”

but we don’t really see the reactions and turmoil of the other characters – something that I think would really have enhanced the novel.

Overall – really pleased with this one. Loved the new take on the Kennedy family.

I know what love can be, and I’m not going to settle.

With thanks to Berkley Publishing for a free copy in exchange for an honest review.

Interested in this one from  Kerri Maher? Buy it here:  Amazon and Barnes & Noble