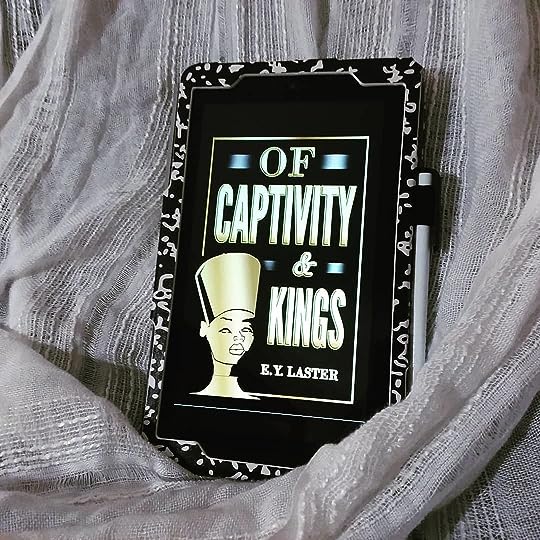 She didn’t cry out. If she did the slavers would hear and they would find them all.

Due to a “fortuitous” shipwreck, the Roman Empire has (yet again) found something it must have…and that something is the people of Nabara.

While Kingdom of Nabara has dealt with slavers in the past, the Roman Empire poses a formidable threat – they’re cunning, evil and above all – organized.

Every minute that the High King and other kingdoms waste is another caravan or family plundered.

These slavers will overrun us just as the weeds and beetles of the earth consume every leaf and turn it brown with death.

The ancient laws and treaties no longer hold tight among the kingdoms and some of the more maliciously are testing their boundaries – after all, the slave trade has been proven very profitable.

We came for the human cargo. Nothing more.

As pressures mount, the High King truly begins to feel terror, for if he cannot control all, death may come even for him.

I am SO torn over this one.

On the one hand – the plot, the slavers, the glittering cities – were all so very enchanting and engaging.

The author wove together a rich narrative from history – one that felt so believable that I could hardly tear myself away.

The inter-kingdom squabbles, the deliciously evil characters and the sweet beginning of a romance – those all really worked for this novel.

And on the other hand – I literally could not keep track of anyone to save my life.

Now, the author did include an appendix of names at the end but even with that, I had a hard time distinguishing the characters.

This is, in part, because all of the names were foreign to me and I had a hard time memorizing them. Now, this is a periodic piece and it should have names that would not be familiar to me (I expected it going into this novel).

There were just so many characters in this novel that even if the names were regular Johns and Joes, I would have had difficulty keeping track of them – especially considering I couldn’t use their titles (i.e. prince) to help distinguish them.

The Scorpion King bowed low before her family as he presented his sons. Terit, Tari, Takide, Teqer, and Tisaan.

In addition, several of the names were visually similar. There would be multiple characters whose names had a similar profile (kind of like how Jane and Joan both have the same overall shape – and when you read fast, those names would blend together (unlike Jane and Jo-Anne)).

And, that being said, I really did enjoy this novel.

Even just a few chapters in, you can absolutely tell all of the time and dedication the author put into this work.

The scenery and overall tone really enhanced the novel andtransported the audience into a whole different era.

We cannot leave this to chance. The longer we wait, the larger they grow, the tighter their hold, the farther their reach

Interested in this one from E.Y. Laster? Buy it here:  Amazon