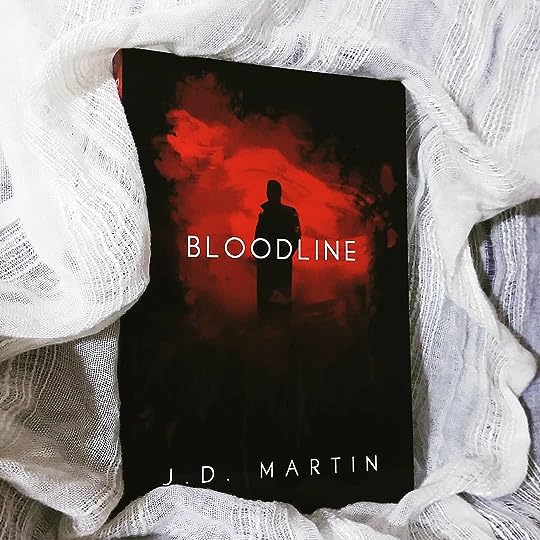 He used to spend one week a year carefully killing all the murderers, rapists and thugs that escaped from the Kansas City PD, known as “Blood Week.”

But, that blooming career has fizzled out recently. He was nearly caught and he’s had to make a break for it.

Sadly, Blood Week will have to pass without him there.

But considering how much killing was a part of his every-day-life, Saint is having a bit of trouble adjusting.

How did one live a normal life…?

He’s hiding out in New York – far from his hometown of Kansas City.

He still keeps up with the news, which is why, much to his surprise, that Blood Week is still happening – without him there.

“There’s been another murder.”
“Well, shit.”

While it is true that Alex is a murderer, he has standards. He has a set of rules and regulations.

This amateur, this copycat who’s taking up the Blood Week mantle is doing it all wrong.

Create something people wanted to see, and their attention would be yours. It was time to go viral.

Now Alex faces his toughest choice yet – let this all blow over or hunt down the copycat himself?

Dare I say it? I liked the second one better than the first!

I love it when you can tell that the author truly sinks into their world and has a firm grasp of the characters.

My biggest issue last round was that Alex wasn’t particularly relatable. He was a rich guy, with expensive tastes, who banged a lot of women and had an overall smarmy feel to him.

He was someone I’d instantly dislike…but this round he wasn’t half-bad. Heck, he wasn’t even a quarter-bad!

He did still have the tendency to go super-ultra-formal in his dialogue and thoughts, such as when he has to pick up a new wardrobe:

It was a little more street thug than he was accustomed to, but it will do.

But, at this point, I’m like, totally get it Alex.

In addition, the female characters in this one were so much stronger (much to my relief). Gone are the tits-on-a-stickand here are the fully-fleshed-out characters.

I liked the play of the relationships in this one.

The cat-and-mouse game between Alex and the copycat killer was rather well done! Though (without giving it away), the mental break of the “Big Bad” in this one seemed a bit too much, it felt a smidge too ridiculous in my book.

There were a couple of instances where the evil characters felt a little too evil – as in a caricature of an evil person rather than someone who is actually evil.

/ “Oh god yes,” said Charlie. “Once you crack the seal on those panties, it’s like seeing God.

But other than that, I was really swept up into this story.

And after that crazy ending, I’m genuinely excited to see what happens next! (Fingers crossed that there’ll be another one!!)

Interested in this one from J.D. Martin? Pick up your copy from:  Amazon