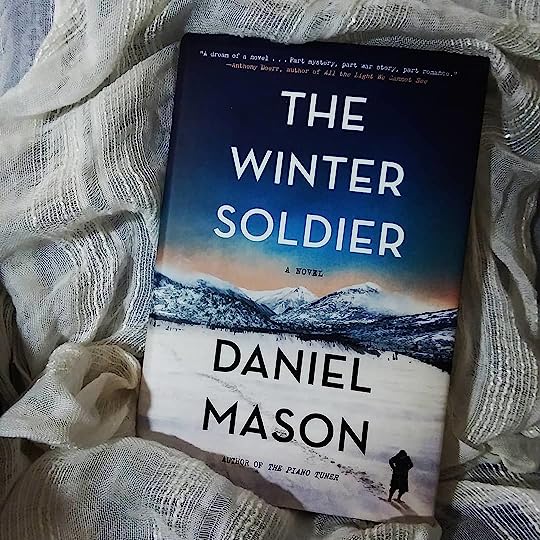 There was something quite primitive and horrid about it.

Lucius has always (always) wanted to be a doctor.

Despite his parents many objections, there was never any doubt in his mind what he was going to do.

Well, until WWI broke out.

Faced with the absolutely terrifying new world, Lucius takes an opportunity to obtain firsthand experience in the medical field by signing up for the war.

His parents? Less than pleased…but his mother ( oh that mother! ) decides to make the best of a bad situation.

For example, while her son may not fight in the front lines but at least he’ll be doing something for the war.

So, his mother decides to commission a portrait of her son, to memorialize him.

When the painter was finished, his mother took it into the light. “More color to the cheeks,” she said. “and his neck is thin, but not this thin. And truly are these the shape of his ears? Amazing! How extraordinary the things a mother over-looks because of love! But do even them out-his head looks like it’s flying away. And this expression…Can you make him more…martial?”

Gratefully, Lucius escapes his home life and sets off to the war clinic.

Only, when Lucius arrived to his post, he finds that things aren’t quite what he expected.

It was only a matter of explaining: he was not a true doctor yet…

Instead of assisting the current doctors, he discovers that everyone in the hospital were limping along under the firm, steady and practical hand of Sister Margarete.

She has a somewhat unique take on running the hospital, such as allowing guns in the hospital to keep away rats, subjecting everyone to the strictest of louse-regimes, and barring the doors.

“Oh, no, Pan Doctor. I barred the doors because of the wolves.”

And her bedside manner is unusual to say the least…

Lucius, Sister Margarete and the other men under his care form a family of sorts. Sharing alcohol and memories to pass the time.

Lucius becomes wholly enamored with their little stories, such as

The Tale of the Mysterious Tinned Sausage. The Stewed Boot… The Hungarian Platoon That Convinced Their Austrian C.O. a Pornographic Novel Was a Copy of the Catechism so They Could Read It All the Time…

But their little island of peace is interrupted by war, time and time again, until Lucius is all that’s left of the hospital – and he frantically searches for his lost patients, assistants and above all, Margarete.

In short – I was addicted.

From cover-to-cover, I was wholly and completely addicted.

I loved the gruesome medical details – the period appropriate diagnoses and treatments were absolutely fascinating.

And the characters were really well done – the way Lucius would light up as he and Margarete discussed the patients really warmed my heart.

Also, I felt like this was a “good” war book. So many war books make war view it through rose-tinted – this was not one of those books. This one kept things absolutely and heartwrenchingly real – but it also did not turn into a depressing novel.

And my favorite part? Absolutely tied between any scene starring Lucius’s mother’s or Sister Margarete.

His mother was one to beat all mothers. She was ruthless – she knew what she wanted and she was going to get it.

“Smile,” she told him. “You’re going to a matchmaking, not an exorcism.”

But, even better than a pushy mom, was Margarete – the way she handles mouthy or rebellious patients – she could not be any more perfect.

“Tell the doctor. ‘Do you need anything, soldier?’ is an innocent question, isn’t it Sergeant?”

“That is correct, Sister. It is a medical question.”

…When they were out of earshot, Lucius said, in a low voice, “He seems chastened. If I may ask…”

Her eyes flickered. “As I said earlier, Doctor, God has given his children morphine. But He has also given the discretion to withhold it, too.”

This is definitely one to check out – ASAP!

With thanks to Little Brown and Company for a free copy in exchange for an honest review.

Interested in this one from Daniel Mason? Pick up your copy from:  Amazon