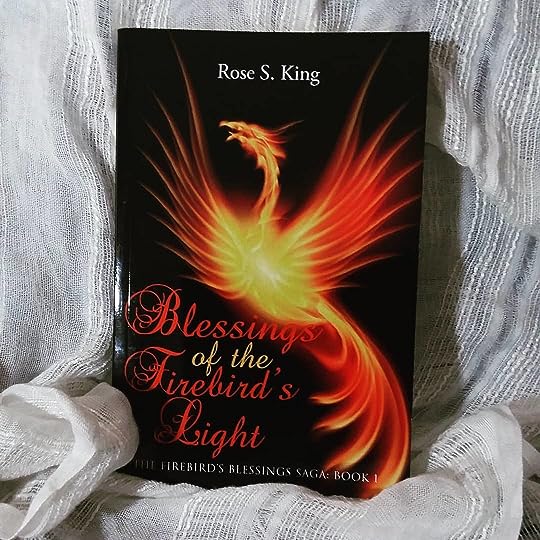 “So…can anyone truly be saved?” I said.

Audry Duvessa inherited her mother’s dark coven.  She revels in shadows and evil...that is until a certain witch-hunter catches her eye.

Misty vapors and thunder claps. Through winding sway and clicking paths. A life of me.

Audry is sent on a quest to find all of the firebird’s feathers and along the way, she runs into that certain hunter again.

She learns that he is Roei Shurwud. And while he is spending every waking moment tracking her down to bring her to trial…she finds herself intrigued by his purity and goodness.

It’s an interest that she just can’t explain.

Meanwhile, Roei Shurwud is dead-set against Audry’s firebird task. He doesn’t quite know what will happen but he does know:

“If she goes too deep down that windy path, it could be catastrophic for all of us.”

And, despite all of his misgivings, Roei finds himself doing the one thing that he swore he would never do.

He finds himself falling deeper and deeper under her spell…

This was a fun ride for my first foray into Christian Fantasy.

I really liked how King interwove Audry’s task into the plot – gathering the twelve feather had the potential to be a really repetitive task but King made it so much fun!

Audry had to travel across different world to grab the feathers – with my favorite world being the storyland.

My mouth hit the floor to see three bears eating porridge. Their eyes buldged, and porridge feel from their mouths.

I also adored Audry’s confidence – I get so sick of unsure, nervous and scared heroines.

Audry was a breath of fresh air in that department – she knew what she wanted, how to get it and was NOT going to let anyone get in her way.

One thing that I found more than a little amusing was how the characters moved in this novel.

Roei strutted to a tree. I sashayed toward him, hair half-done, and my hands on my hips.

The sheer amount of strutting and sashaying – whew. I don’t think anyone walked normally even once.

There were a couple of things that took me out of the book. For example, the dialogue tags:

“A glass of water, please,” I gruffed.

It’s not something I normally noticed, but there was so much scowling and growling and huffing and sneering that it actually distracted me from the novel.

In addition, I wish the novel was a bit more developed in areas – King has a really interesting concept and executed it pretty well, but I did get a little lost regarding why Audry is considered “evil.”

As far as I can tell, she used magic but is not inherently evil (hence why Roei tries to redeem her).

But it felt a bit muddled from the reader’s perspective. And the redeeming/conversion but came off a little forced in my opinion.

BUT there is a second novel coming up – fingers crossed that we get more background and a more in depth account.

Really looking forward to it!

Interested in this one from Rose S. King? Pick up your copy from:  Amazon

One thought on “Blessings of the Firebird’s Light – Rose S. King”