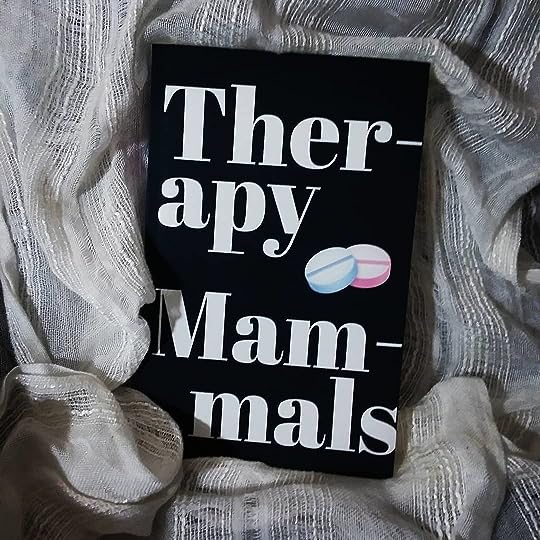 We are a juggernaut of shared sanitizer and sunscreen and moisturizer; half-consumed water bottles…

Tom Pistilini, father of two, husband of one, and survivor of none, has hit a rough patch.

On the plus side, Pistilini has successfully predicted the weather for a record-breaking streak…and on the minus side, he may have an addiction to an experimental drugs with terrible side-effects.

The drug, Luderica, is supposed to make him more playful, but in reality contains quite a few unexpected side-reactions – such as murderous rampages and blackouts.

Had I murdered the captain and best faceoff man in Gopa [their high school] history, it would have been a blow to the offense, through possibly a good thing for team unity. Nothing coalesces a republic like tragedy, a fledgling band of athletes engaged in a righteous mission for the fallen.

Pistilini’s teenage daughter can’t stand the sight of him, his wife is having a therapist-sanctioned affair and his son? Let’s not even get started on that.

He awakens in the middle of the night to do laundry, de-grout the bathtub…but every once in a while I see his back straighten….and I know my son is in there. Transgeneration. That’s what our therapist, Devin Brenner, calls it.

Top top it all, he lives on an island, run by an exclusively rich HOA. The HOA’s genetically-engineered chipmunks (bred for cuteness and are allergic to peanuts) continuous kill themselves in Tony’s man-made lagoon, the Gopa elementary school’s bunnies are interbreeding like mad (creating more and more horrifying offspring) and somehow he’s managed to be an investor in a mobile museum (that emphasizes at visiting locations of mass murder).

Oh Lordy, it’s just going to be one of those days, isn’t it?

I feel like dark humor books can be so hit or miss. This one was a hit for me – knocked it out of the ballpark.

Therapy Mammals effortlessly and expertly pulls off a dark hilarity that left my sides in absolute agony from laughing.

Pistilini is absolutely stunning as a main character. His take on the ridiculous situations really made this book shine for me.

For example, his never-ending war against the mutant chipmunks made me smile every time.

Heck, there are so many little moments scattered throughout the book that his perspective turned into hilarity.

I reveled in the society that Methven created. Gopa is such a horribly elitist, classist and just about every ‘ist’ imaginable – except for racist or anything else that may cause offence in their carefully kept PC society.

a team of ethicists hired specifically to ensure that no entity would be offended by the moniker. Parents refused to name an animal mascot. Personifying an animal was deemed unethical. Anything weather related, such as the Hurricanes or the Tornados or the Gopa Volcanoes, was considered cruel to victims of natural disasters.

The parents spread the word that it was complications from a juice cleanse, but we all knew it was drugs.

Overall, I adored the darkness, the characters were always on the right side of crazy and the storyline was fun throughout.

Definitely one to read.

“Car exhaust causes global warming. Global warming is why we have weather like this. It’s why I bike everywhere.”

Interested in this one from Jon Methven? Buy it here:  Amazon