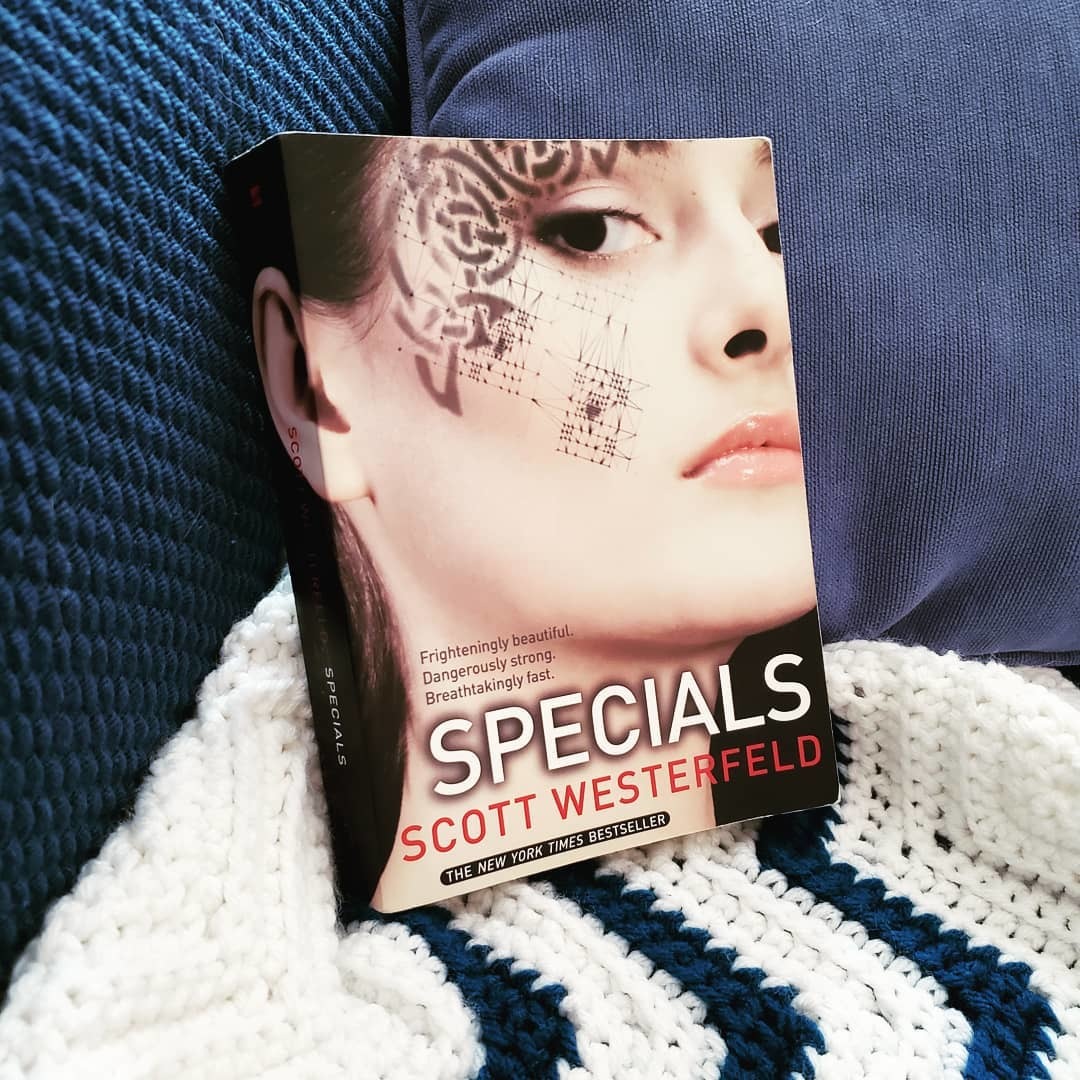 Tally, do you ever suffer from sudden flashes of anger or euphoria, countersocial impulses, or feelings of superiority?

Tally Youngblood lives in a society where they’re given the “mandatory opportunity” to become a Pretty once they reach sixteen.

Through their surgery they become absolutely drop-dead gorgeous (aka Pretty) but (and this is a big BUT), the doctors will implant a few lesions (i.e. “bubbles”) in select regions of their brains.

These lesions take away stronger emotions and critical thinking skills – thus the cities have a way to control the population.

Tally was once a Pretty but through circumstance and skill, she managed to out think the lesions and escape to the ruins (where free-thinking humans have carved out an existence).

Only, she was caught and now made into a “Special” – complete with scary-beautiful facial features, incredible strength and hyped up emotions.

Now that she’s a Special, she’s part of the city’s police force and her latest task? Hunt down all of her old friends and return them to the city.

And while she is strong, confident and ready to hurt those in her way, she begins to wonder, what if being Special is just another kind of Pretty? And if so, is there any way she could possibly escape the government’s grasp?

Even better than I remembered.

I adored this one. The Uglies series was one of my first YA’s back in the day and I’m really pleased that (upon re-reading it) that this series holds really well.

There are a few areas that had me rolling my eyes but for the most part, I loved it.

I do really like the growth in Tally and her relationship with Shay could have used a bit more screen time.

I really commend Westerfield for taking this world and approaching it from three very distinct methods (i.e. as an Ugly, as a Pretty and as a Special).

Each book had its own take on the city – with different fears, triumph and slang. They felt very different despite all having a (somewhat) similar plot.

This was a truly excellent YA series.

Audiobook Comments
Narrated by Emily Tremaine – and she made this audio shine. A truly excellent listen!