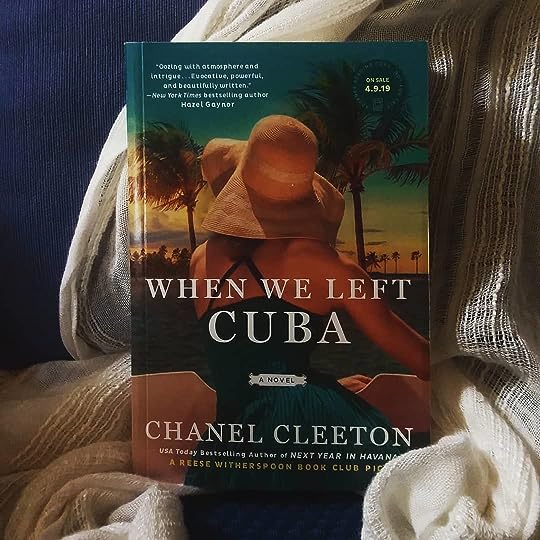 “I am nothing if not a scandal.”

Beatriz is one of the Perez daughters – known for their fame and fortune in their homeland, Cuba.

But they were forced to flee due to the revolution. And though her family has settled in Florida, and her father is bent on reforming the Perez family fortune, Beatriz cannot help but long for the life she left behind.

“They said you ruled like a queen in Havana.”

But making plans and executing them are two different things.

…you’re too young, too pretty, too sheltered to understand the world around you…your worth only lies in you beauty and what they can barter for it.”

Beatriz manages to find contacts, ones who see eye-to-eye with her aspirations in the United States. She manages to become part of the CIA.

“If I don’t succeed, then they kill me. I assure you, I’m aware of the stakes. I wouldn’t volunteer for this if I wasn’t.”

The Cold War hovers at the edge of the horizon, Castro’s power grows ever stronger…

Beatriz is set on her path to revenge…and yet…there is a man. A man who is:

“Because I think of you. Constantly. Because I wonder what it would be like to kiss you. For you to be mine, even for a moment.”

One false move could cost everything – her country, her love, her life.

Wow. I am still reeling!

This one has such a different feel from the first novel but was still so enrapturing.

I feel like the author really did a fabulous job embodying such a complex character. Beatriz has such a different feel from Marisol/Elise from the first novel.

Beatriz (Elise’s sister), began as a rich, spoiled girl in the first novel but she grew and developed wonderfully in this novel.

She may be high maintenance but she loved her country with all her heart, and was willing to do anything to protect it. She teetered between being fully independent and curling in on herself, wanting to hide from the world.

I loved watching the transformation of her character and the way she asserted herself (in a time where such assertions were wholly unexpected).

And suddenly, I cannot take it anymore, and I rise…

The love story arced beautifully. Normally, I have issue when the love relies on passion and barely suppressed emotions, but Cleeton brings that about realistically.

In another life, we might have been magnificent together.

I do think that the pacing was a bit slow at times, especially with some of the detours into the intricacies in the Perez sisters’ lives…but the imagery does make up for that.

Overall, this is more of a companion novel than the sequel I expected – but all in all, I am more than satisfied with this experience. I’m so excited for Cleeton’s next novel!

With thanks to the author and the publishing company for sending me a free copy in exchange for an honest review.

Interested in this one from Chenel Cleeton? Buy it here:  Amazon