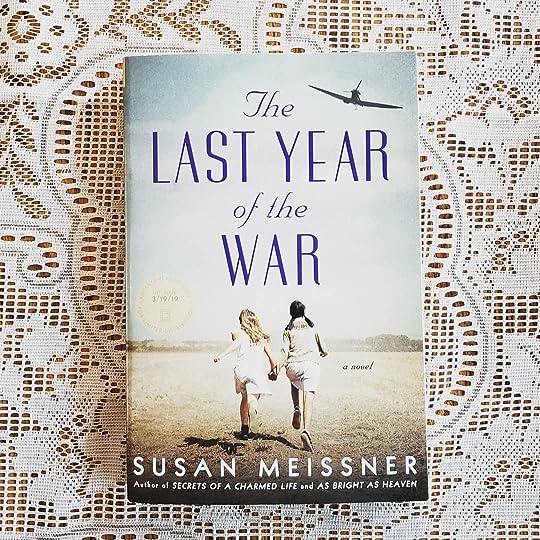 Elise Sontag lives with her mother, father and younger brother in Iowa.

Her parents are from Germany and as the 1940s roll through, the witch hunt for the Nazi’s is under way.

No one said anything to one another. We were tired. We were stunned. We were captives.

Thousands of Japan-born, Italian-born and German-born citizens are rounded up and their lives are stolen from them in US based internment camps.

There were concerts. Movies. It was like a pretend city. Real, but not real.

On the inside, Elise meets Mariko – a young, American-born Japanese girl – and the two become fast friends.

In a world where everything familiar has been stolen, both girls cling to their friendship to keep themselves alive.

But the war is drawing ever closer to home and soon the girls realize that America has concocted a scheme to get “their” citizens back – by trading families like Elise’s or Mariko’s for Americans trapped behind borders.Horrified, the girls make plans to see each other again, but as the years pass, they only seem more separated.

In modern times, Elise knows that she is getting ever closer to dyingbut she decides that she will accomplish one last task – to find her friend Mariko.

I can still hear the echos of her voice inside me despite what separated us, and what kept us apart for good. I can still feel her

This was a complete emotional roller coaster and I was a basket case.

I am (always) extremely picky when it comes to war books (I feel like far too many romanticize the times in order to turn a profit) and thank goodness this book was not one of them.

I felt that Meissner handled the subject matter extremely well and that this perspective needs to be told.

So many war books focus on what it was like to fight for the country, or the loss of love ones in the war, so there’s disappointingly few who go into the perspective of what it was like for a teenager.

Young Elise was extremely relateable and her naivety made her character feel real. Not every teenager in Germany knew exactly what was happening and some (like Elise) only fully understood the horrors afterward.

The author developed Elise’s character slowly and surely – by the time I finished the book, I was absolutely blown away.

I also really enjoyed how the author interwove the older Elise’s perspective – someone who could feel the onset of Alzheimer’s and decided to make one last journey while she could still remember.

There were several times that I teared up and had to put the book down to collect myself.

All in all, I loved this book and definitely recommend it.

With thanks to the author and Berkley Publishing for providing a free copy in exchange for an honest review.

Interested in this one from Susan Meissner? Buy it here:  Amazon