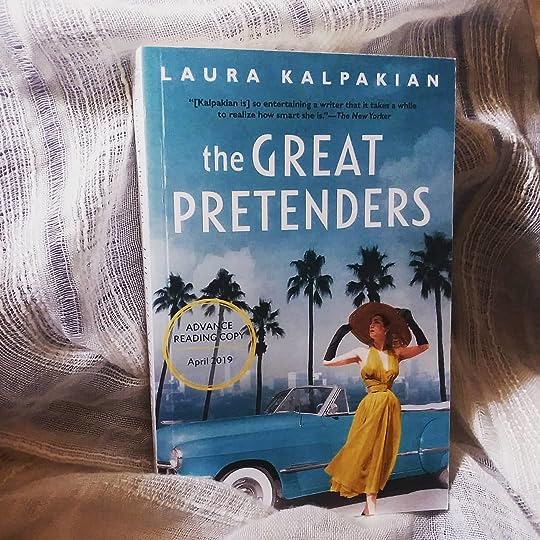 Roxanne Granville is the darling heir of Empire Pictures.

She’s spent her life in the lap of luxury – rubbing elbows with all the stars and starlets thanks to her grandparent’s booming movie business.

But with the death of her grandmother, and her grandfather marrying a woman half his age, Roxanne finds herself falling out with her once tight family.

…Never forget that you are Roxanne Granville, named for the romantic heroine of a great play – I forbid myself the luxury of tears.

So she sets off on her own – and soon finds that the expectations of women during that time were far below what she expected to find in the working world.

So she decided to set off on her own.

Let me put it this way: I didn’t have to drop any name but my own.”

Roxanne becomes a talent agent – often funneling in disguised work of those accused of being communist in the Red Scare.

Along the way, she meets Terrance – a man who is good, strong and has a wonderful soul. But there is one problem society sees…he’s black and she’s white.

“This isn’t a goddamn movie, Roxanne…Shit like that will get you killed. It sure as hell get me killed.”

Soon it feels like she is juggling a million different things and one wrong move could send everything spiraling to the ground.

All in all – I liked this one but I had a really difficult time getting into it.

Part of Kalpakian’s character development is Roxanne’s transition from a spoiled little princess into a wonderfully actualized woman over the course of several years.

However, we are introduced to Roxanne when she is VERY clearly in her spoiled phase and my gosh, I did NOT like her.

First impressions really do matter and for the first third of the book (even past when she starts her transition), I subconsciously held onto the stubborn impression that she was a stuck up girl who breezed through life. And that really colored my interpretation of all her actions.

I think that if the author had included just a paragraph where an older version of Roxanne reflects on her stubborn, younger self then I wouldn’t have been so adamantly against her.

Once I got over that dislike, I did learn to appreciate how Roxanne met and overcame many of the difficulties women faced of the time.

It was good to see that Roxanne didn’t completely eradicate any of these issues but instead, she made a small but realistic change of each of them – from women in the workplace to interracial relationships.

I feel like Kalpakian was really able to capture an era and the various social issues of that time – which made for a very entertaining read.

All quotes from a uncorrected proof and are subject to change upon publication.

Interested in this one from Laura Kalpakian? Buy it here:  Amazon