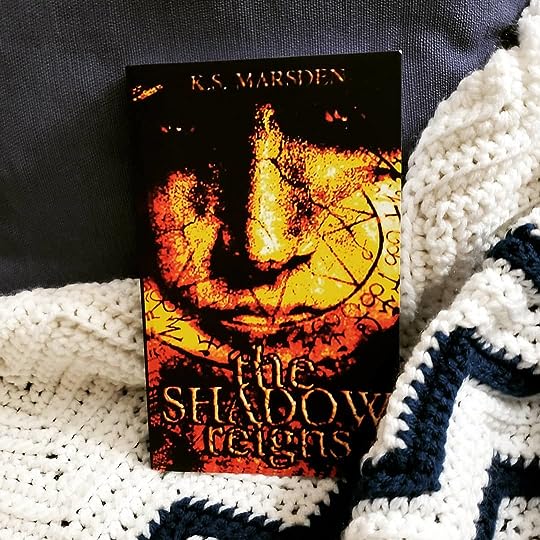 “The witches have us surrounded.”
Mrs. Astley blinked…”How very inconvenient, I’ve just made a pot of tea.”

After barely surviving his most recent battle, George “Hunter” Astley must contend with a myriad of problems.

His body is in shambles and his heart in pieces.

No, it had been worse. The woman he loved had turned out to be the Shadow Witch.

Every minute he wastes on recovery is another that Sophie, who turned out to be the shadow witch, has to plan her next move.

He has nothing to do but think endlessly on the great battle. And soon, Hunter comes to a startling realization.

Between Hunter’s budding powers and the race to recruit for the war, he has little time to think of anything else…except, for the one thing that was bothering him most of all…

Hunter felt a stab of uneasiness. It was far too quiet.

Ultimately, I enjoyed the first one a bit more than the second.

Hunter and his mother (bless her soul) were fabulous characters – their lively banter gave the book some much-needed levity.

However, some of the relationships in the book felt a bit rushed – too much telling, not enough showing. For example, Hunter thinks about Sophie’s betrayal:

It sickened him to think of the nights spent together, the caresses, the half-asleep conversations.

But for the life of me, I can not remember actually seeing them have any of those interactions.

Being told that those events happened didn’t allow me to connect to the relationship, so I was mostly ambivalent when it came to the Hunter/Sophie fiasco.

The same thing happened with Hunter’s new witch-fighting crew. We are introduced to many characters rather quickly, and they are almost immediately best of friends. Without seeing that relationship develop, it was a bit hard to feel any sort of attachment to them.

In addition, the book makes a very clear point that practicing witchcraft is pure evil and that the hunters must put a stop to all witches.

Which brought up a very interesting dynamic when Hunter runs into a few young orphaned witches:

“We don’t have no family. You killed them all.”

I wish the book would have expanded on that a bit more. If the hunter society really was as strict as they claimed, why let the orphans go (only to presumably recapture them as adults)…?

That being said, I’m rather interested in what the third novel has to offer!