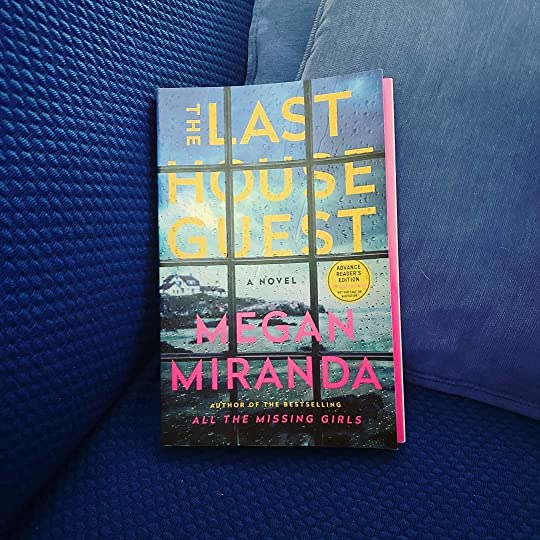 My home is your home. My life is your life.

There will be no locks or secrets here.

The two communities never mix…until Avery and Sadie. Every summer the two of them are arm-in-arm…well… until the summer it happens.

The flashlight swung back, and that was when I saw them, a glint caught in the beam of light. I felt the earth tilting.

She leaves behind a cryptic note that the police use as evidence for suicide.

There are things even you don’t know.

I can’t do this anymore.

But nobody knows Sadie like Avery, and Avery is convinced something is afoot.

But I knew how fast a spiral could grab you, how far the surface could seem from below.

No one is looking for anything anymore and Avery senses that the answers are there, lurking just below the surface.

This one was interesting but it lacked a little pizzazz for my taste.

The mystery was there but it unfurled so slowly and had such little clues that it was a bit difficult to keep invested in the novel for the first half.

Once the clues started really coming in, the book definitely picked upand I became invested.

And I did like how I never know where the mystery was going, and that twists and turns kept things interesting towards the end.

I did like the main character and her desire to find out what truly happened to Sadie…however Sadie was my favorite character…and she was dead the entire book.

Which, I suppose worked in the book’s favor because I became so invested in figuring out who killed of my fave person.

Overall, this was a good book but it needed some sparkle.

With thanks to the author and publisher for providing a free copy in exchange for an honest review.

Interested in this one from Megan Miranda? Buy it here:  Amazon

One thought on “The Last House Guest – Megan Miranda”