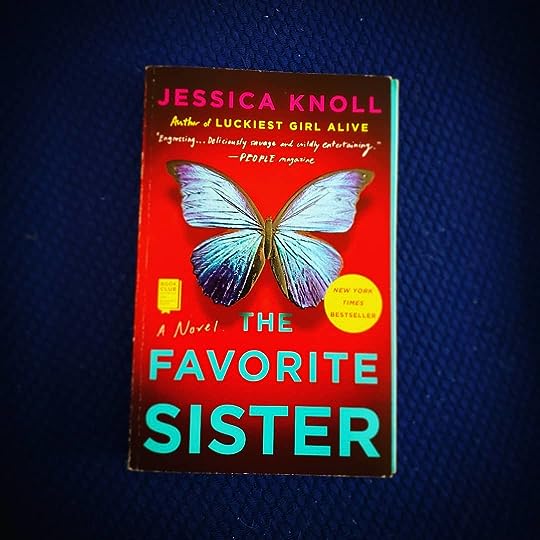 You have no idea what I’ve been through to get here. You don’t want to know what I’ll do to stay.

Allegedly, the focus is on young, millennial women breaking the glass ceiling with the support of each other…though the reality is something quite different.

Jen – is the ultra-hardcore health queen. Her diet company went global. She’s never looked better. When in reality, her body is shutting down due to her “healthy” lifestyle. Her head is barely above water.

Lauren – is the fun-in-the-sun party-girl. When in reality , she just got voted out from CEO and is leaning dangerously towards alcoholism.

She’s watching me. I can feel it.

Stephanie – just published her latest book – a memoir detailing her abusive relationship and rape. When in reality , there’s something wrong, very wrong at the core of her life. And she will do anything (anything) to keep it hidden.

Brett – is the crowd favorite. She has finally had success with her SPOKE charity-business. When in reality, she’s struggling to keep the business. Everyone is turning against her and soon, everything she’s built is at risk.

But touch my crown and you will lose a fucking finger.

Every year there’s a shakeup in the cast – and this year proves to be the biggest yet.

Kelly (Brett’s older sister) was always the star of their family. Apple of their mother’s eye.

Stunningly beautiful Kelly got new clothes, Brett got hand-me-downs and a lecture to lose weight. (You get the picture).

Brett was out-of-sight, out-of-mind…that is…until Kelly got knocked up by a Nigerian DJ and 9 months later Layla pops up into the world. Then (for once) Brett came out on top.

And she’s been riding that golden wave for the past decade, while Kelly slipped further and further into the shadows. Until now.

Brett gave the idea, Kelly gave the brains and together they built SPOKE (a nonprofit that brings bicycles to third world countries).

The producers catch a whiff of Kelly’s desperation and immediately invite her and her daughter to join the show.

But this may be one shakeup too many.

After hearing so many times that the girls would kill to stay on the show, why is anybody surprised when the body shows up?

It’s starting. Her comeback. This will get ugly.

Holy spit. Jessica Knoll knocked this one out of the park.

Though, as a heads up, the author plops the audience down in the middle of a wild and fully-fleshed out world, so book was a bit of an uphill run for the first few chapters.

The women are set to film their fourth season, everyone is feuding with everyone else and there is so much subtext and backstory that it was a bit much to catch on for the beginning.

But once you get there, man oh man! Wild. Ride.

I had so fun to puzzling out the drama that I think I’m going to have to watch more reality TV.

I absolutely loved the petty squabbles, the delightfully terrible digs and the plotting (oh the plotting!) against each other.

And the murder! Early on, you figure out which of the girls was killed but you do not know why or how...and Knoll keeps you guessing.

So many motives, so many unhinged women and yet I had no idea until the last few pages who did it.

With thanks to the author and the publisher for sending me a free copy in exchange for an honest review.

Interested in this one from Jessica Knoll? Buy it here:  Amazon