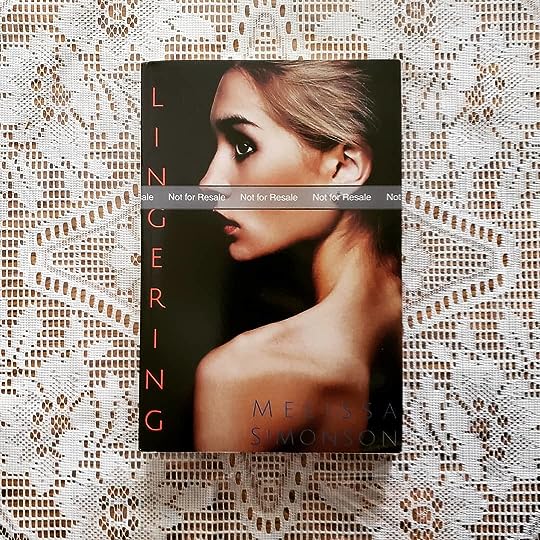 “What would you say if I told you you could talk to her again?”

Ben and Carissa were in love.

They were going to get married.

They had a whole future together.

Carissa would have said she was too important to just be murdered…She’d insist I say assassinate. She was funny like that.

Just a few months shy of the wedding, Carissa is brutally ripped from this world and Ben is left with nothing.

He’s trying so hard to hold it together, but he constantly finds himself drifting away.

She was the most complicated, infuriating person I’d ever met, but I loved her anyway.

But then one day as Ben is approached by Jess (a self-proclaimed “Lingering Expert” ).

“Looks like you’ve had a bad day.”
“Well this is a cemetery.”

And yet, what Jess said lingers. What if Ben really could hear Carissa’s voice one last time? What would that truly be like?

Will it save him? Or set him down a spiral?

The more he thinks about it… the more his mind is made up. Surely hearing her voice one last time couldn’t be that bad of an idea…

Simonson’s Lingering is an uniquely addictive book and I was wholly immersed in this world.

I liked the way the plot developed – I really had no idea where anything was going but I definitely enjoyed the journey.

Be warned though – this book focuses heavily on the character development so it can feel a bit slow if you aren’t into that.

The Lingering company relies on your “digital voice” to create an AI that reacts (relatively) the same as the recently deceased person.

So one of the more interesting aspects is how Simonson explores many ethical (and moral) dilemmas associated with “bringing back the dead” in a modern(ish) world.

I think that the characters were rather well done. Ben was wonderfully fleshed out and Jess, Ben’s niece and his friends were rather solid.

The “mad scientist” of the bunch was a bit left-field for me. I think if we would have gotten more time in his perspective earlier in the book, his actions would have felt more grounded.
(view spoiler)

If you are looking for a non-traditional story with strong characters, an intriguing plot and (above all) the sweetest seven-year-old niece you ever did see, look no further! Check this one out!!

With many thanks to the author for sending me a free copy in exchange for an honest review.

Interested in this one from Melissa Simonson? Buy it here:  Amazon