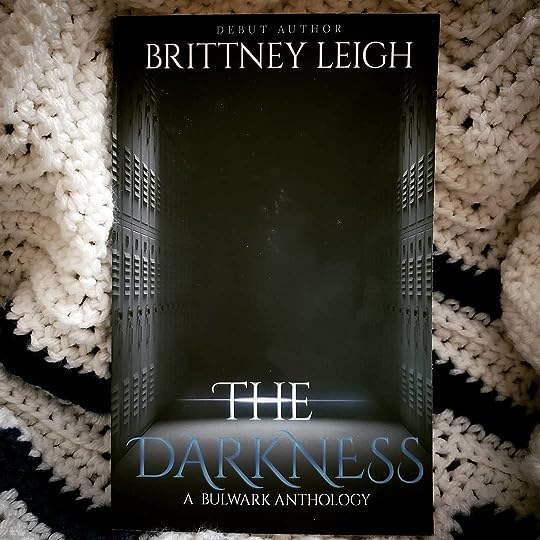 After all, every town has its secrets.

Sophie, an aspiring high school reporter, has always known her town was a bit odd…but she’s never had the proof until now.

High school students are missing and yet no one wants to look into where they went. Sophie decides to take matters into her own hands – after all:

This was a real story! A real mystery.

And soon the clues pile up left and right.

Chris, a longtime crush of Sophie’s, is one of the first ones to open up about what’s been happening.

He doesn’t know the full story (no one does) but he does have clues.

“It was a smell like I never experienced before.”

Sophie, Chloe, Scott and Chris team up to “Scooby-Doo” this mystery, only to soon realize that they are completely in over their heads.

Will they save the town? Or be swallowed up by it?

…curiosity killed the cat. I have only one thing to say to that.

A fun debut by Brittney Leigh!

I enjoyed revisiting the mysterious town of Bulwark and Leigh’s contribution to this anthology was unique!

This book was told through a series of diary entries penned by Sophie and Leigh truly captured the true teenage voice (with all the high school quirks and drama)!

However, I did have a bit of trouble getting into this one – in part because it is so short.

There is a lot that happens within just a few pages – we fall in love, break up, find new love, along with plenty of twists and turns to the main plot.

I think if the book had focused a bit more on just developing relationships in one direction then I would have connected more to the characters.

As it stands, by the time I formed attachment to one set of characters, they immediately fell in love with someone else. If given enough page space, that would have really worked well but as it stands…it’s just a lot to follow.

In addition, the cause of the mystery felt so far off from what the world I have become familiar with in the anthology (so far) that it seemed to just…not fit.

Again, this is partly because the novel is so short but I would havepreferred more foreshadowing or a more solid base so that the twist didn’t come so out of the blue.

That being said, I did really enjoy reading this novel. It was fun and entertaining with plenty of hilarious high school quips!

I received a free copy in exchange from an honest review

Interested in this one from Brittney Leigh? Buy it here:  Amazon