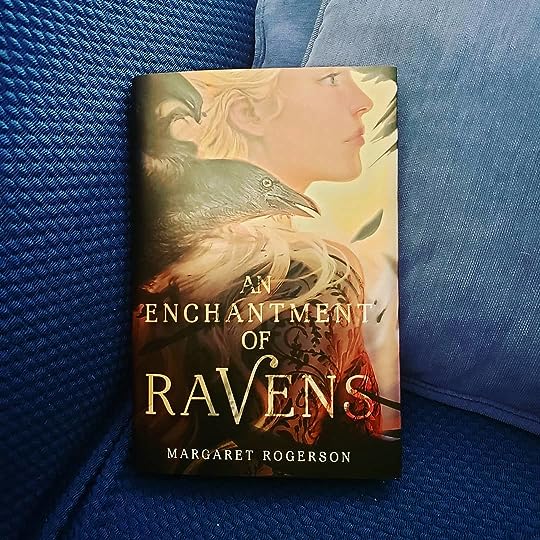 Before I begin, just letting you know that I got my copy fromUppercase – a lovely monthly book subscription box. 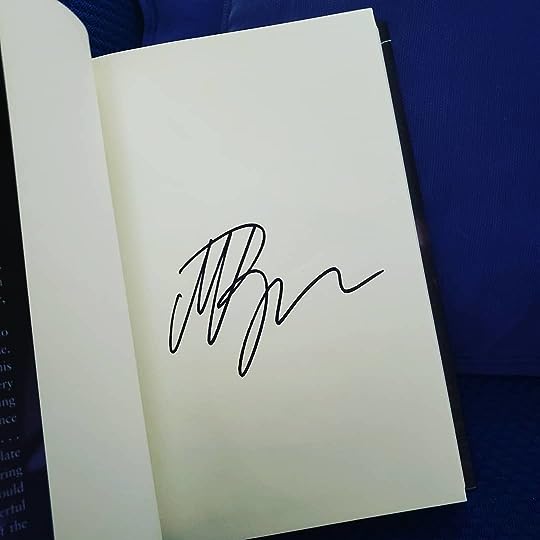 It was so exciting to read a book that the author signed!!

I was alive in a way I never had been before, in a world that no longer felt stale but instead crackled with breathless promise.

Isobel lives in Whimsy, a little pocket of fairyland, along with her aunt and March and May, her twin ex-goat siblings (ex-goat because…well… they used to be the family’s goats until a fairy decided that they’d be more fun as humans) .

Fairies are hungry creatures – anything from freshly baked bread to stunning works of art. They devour it all but they cannot lift a finger to do it themselves without crumbling to dust.

Isobel is a portrait artist of the immortals and she know she is in a precarious position – a wrong flick of her brush could irrevocably offend the fair folk.

Walking along a blade’s edge was only fun until the blade stopped being a metaphor.

The autumn prince, Rook, desires a painting and Isobel obliges but adds an unexpected touch. She sees a flicker of sorrow on the prince’s face and on an impulse adds it in.

This wasn’t like me. So many years of being cautious, and in a matter of minutes I’d started slipping up.

Little does Isobel know, any form of weakness – especially human emotion – marks the autumnal prince as a target.

So, Rook does the logical thing and kidnaps her to stand trial for her crimes.

But the journey to the Autumnlands is treacherous and the stakes are high.

The Alder King is awakening and the Wild Hunt’s hounds are snapping at their heels.

Soon, Isobel will learn that the only thing worse than a fairy feeling an emotion is when the fairy falls in love.

Why do we desire, above all other things, that which has the greatest power to destroy us?

I was very impressed!

This totally feels like a non-edgy Holly Black (am I the only one?). I love Holly Black for her intensity but now I’m going to have to watch Margaret Rogerson for her whimsy.

The world Rogerson created blew me away.

Her interpretation of the fair folk – with all their weird quirks and cruel intentions – brought them completely to life.

…all around me sat empty people in rotting clothes, nibbling on flyblown trifles while they spoke of nothing of consequence with fixed smiles on their false faces.

I adored all of the small details thrown in – especially how Isobel chose payment for her craft, often choosing the most mundane of enchantments.

“You are the most admired Crafter of thus age…and yet you request eggs.”

“I quite like eggs,” I replied firmly, well aware that the enchantments he described would all turn strange and sour, even deadly, in the end.

All those little bits completely drew me into the story.

I even (mostly) enjoyed the love story, though it did tread on some of my biggest pet peeves – over-the-top instalove.

( It bugs me when characters spend less than a week together an suddenly it’s love. )

Isobel, I love you wholly. I love you eternally. I love you so dearly it frightens me. I fear I could not live without you. I could see your face every morning upon waking for a thousand years and still look forward to the next as though it were the first.

It’s just like, calm down already. Keep the pants on.

Other than that, I really did enjoy my time with this novel! Definitely an author to watch!!

Ah, but you were not a pawn. All along, you have been the queen.

Audiobook Comments
Read by Julia Whelan and wow – she did a fabulous job. Her tone and pitch was just completely perfect. Loved this listen!

Interested in this one from Margaret Rogerson? Buy it here:  Amazon