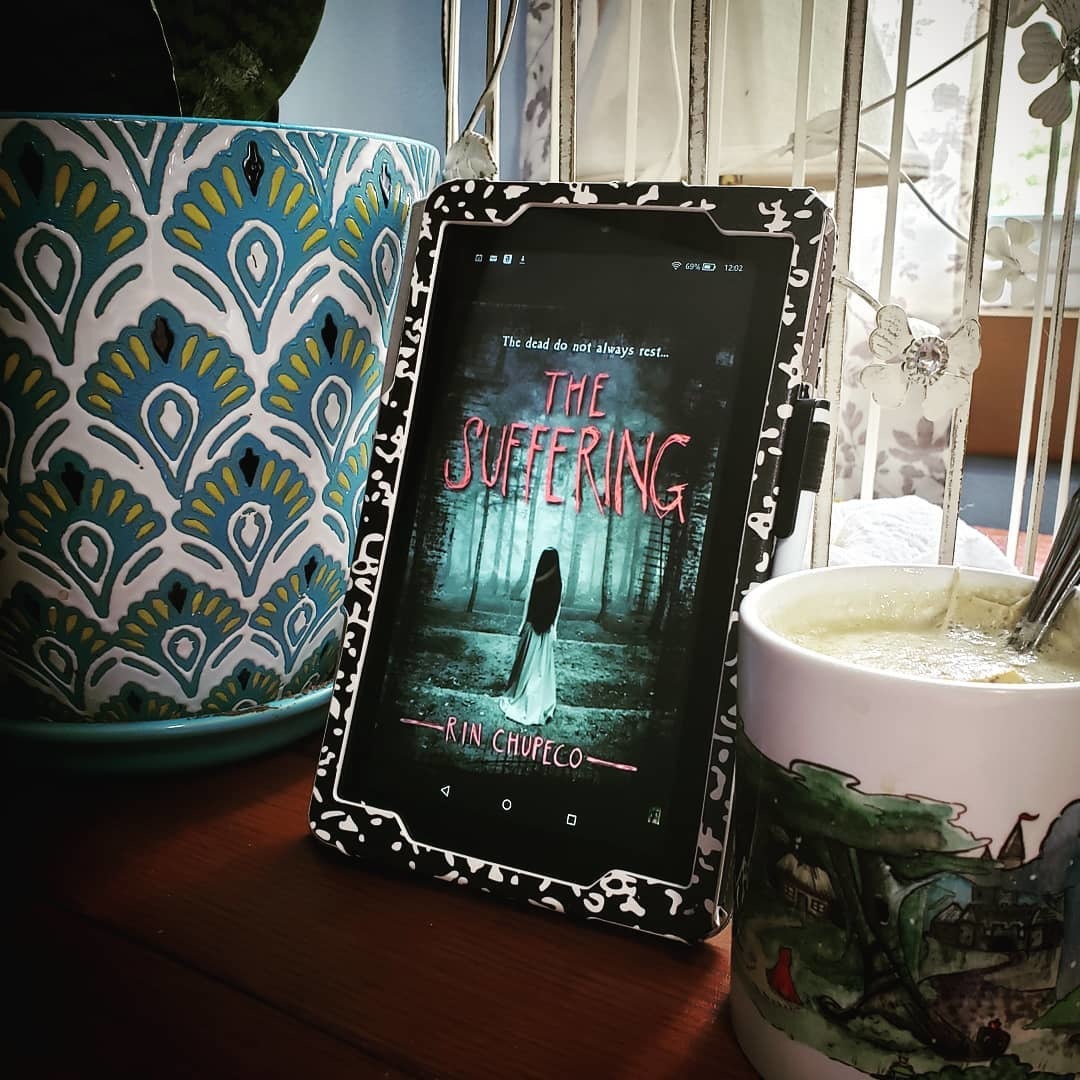 Okiku, or better known as the Girl from the Well , has had quite the busy year.

She may be over three hundred, but she’s still getting around. In the last few months alone, she’s killed child murderers, fought evil demons and even attached her spirit to a human, Tark.

Tark narrowly survived a previous possession and his body has now become a vessel for malicious spirits, and Okiku, taking pity, decided to “possess” him to ward off other, greater evils.

And while Okiku is full of malice, she also has a strong sense of morals. She will continue to protect Tark as long as he indulges her own guilty pleasures…like murdering murderers.

“Everybody knows a killer,” I say, “even if they don’t know they do.”

She and Tark get along quite well, she sneaks off to drown child killers and he helps out with de-possessing some of the locals.

The air changes. Then that invisible spider crawls up my spine, tickling the hairs behind my neck.

I have come to know this spider these last couple of years. It whispers there’s something else in the room, breathing with you, watching you, grinning at you.

But there is something evil afoot.

Kagura, a shrine maiden who helped them last time, has gone missing in Japan’s suicide forest and Tark (along with Okiku) may be the only ones who can help.

This was a good “sequel” (it’s in quotes because this was more of a companion novel) – we are able to follow the adventures of Okiku once again but this time through the eyes of “her” human, Tark.

So, we were able to get much more evil-murderess-Okiku goodness, but now through the lens of her human companion.

But flawed as we are, we are perfect together.

Tark just has this flair for dramatics that had me wishing that we stuck with the murder-ghost-perspective.

Other than that, this one was definitely a fun read. Lots of mayhem and murder, with a healthy dose of creeptacular imagery on the side.

Audiobook Comments
Read by Michael Crouch – and he did a really nice job. Really made this book feel spooky!