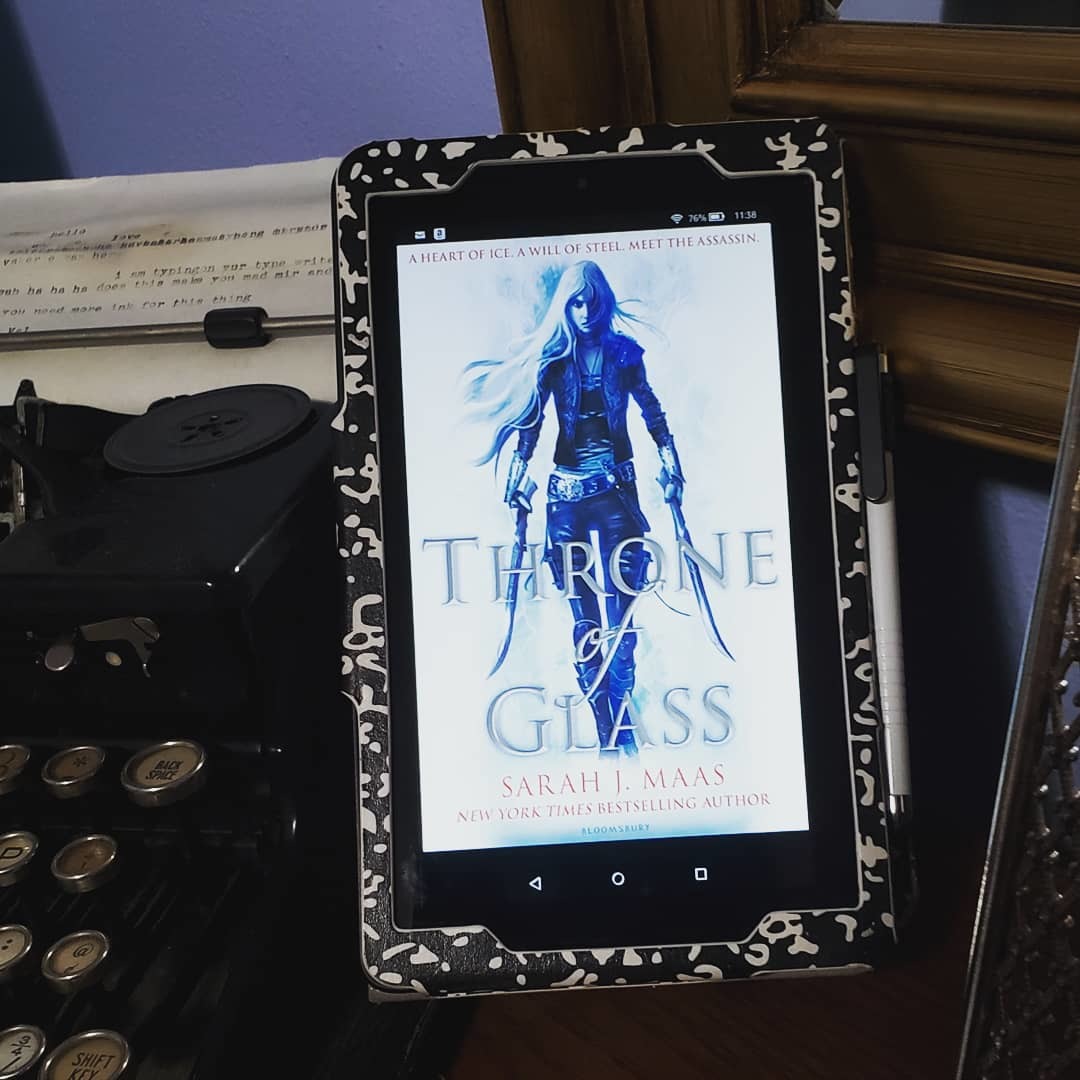 I can survive well enough on my own— if given the proper reading material.

Man oh man, this was a good one

Celaena, an 18-year-old master assassin, spent the last year as a salt-mine slave as punishment for her crimes.

She’s slowly wasting away but one day, the prince (along with his guard) comes by to lift her from her bondage.

The king is in need of an Champion and had devised a convoluted plan to obtain one.

All of his trusted advisers submit one criminal to a months-long tournament. The one surviving person endures a few years of servitude in exchange for complete freedom and pardoning of past crimes.

Second place is a nice title for the first loser.

Celaena thinks she’s stumbled upon an opportunity of a lifetime but she soon realizes that things are not what they seem.

Someone (or something) seems to be killing off the other champions.

The royal court wants to get rid of her.

And, to top it all, the prince is attracted to her which is putting a far higher price on everything.

Despite all of the chaos and the killings, one thing holds true – at least she has her books.

“Don’t you ever do anything other than read?”

I honestly did not expect to like this one as much as I did.

I’m tired of the YA heroine trope.

It’s to the point where if I read a smidgen about a girl deciding the fate of the world, the book gets tossed on theback-burner-for-eternity pile.

But, when my friend read this series and insisted (and by insisted I mean insisted ) I read it…

I was a bit hesitant. I dragged my feet and I hemmed and I hawed.

I shouldn’t have – cause this book rocked. (I also learned that I need to trust my friends more.)

I love it when all the characters literally spend their spare time reading. Makes my heart happy.

Libraries were full of ideas—perhaps the most dangerous and powerful of all weapons.

And my favorite part to the book? The “bedroom” scene – anyone else with me?

“She moaned into her pillow. “Go away. I feel like dying.”

“No fair maiden should die alone,” he said, putting a hand on hers. “Shall I read to you in your final moments? What story would you like?”

She snatched her hand back. “How about the story of the idiotic prince who won’t leave the assassin alone?”

“Oh! I love that story! It has such a happy ending, too—why, the assassin was really feigning her illness in order to get the prince’s attention! Who would have guessed it? Such a clever girl. And the bedroom scene is so lovely—it’s worth reading through all of their ceaseless banter!”

Now excuse me, I need to immediately start this sequel