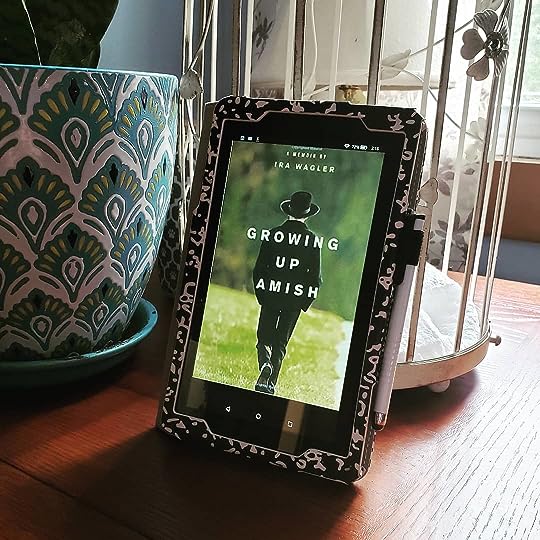 Even among the Amish, other Amish seem odd.

Canadian Ira Wagler, is the ninth of eleven Amish children.

Amish, for the unfamiliar, are a group of traditionalist Christians who are well-known for their simple, plain living style.

Depending on their individual communities – some swear off all technology while others have strict rules for how and when it can be applied.

Throughout his childhood and early adulthood, he alternated between loving his family and lifestyle and wishing for something more.

As I would come to discover later in life, one shouldn’t be condemned for simply craving freedom.

When Ira turns seventeen, he steals away in the middle of the night as the first of several times he tries to leave the community. He eventually returns out of loneliness and heartbreak, but soon is itching to leave again.

The box of Amish life and culture might provide some protection, but it could never bring salvation.

He grapples most fervently with his faith – ranging from does he believe to how he should believe – and each time he winds back to the Amish lifestyle…that is, until he makes one final leap.

By quietly showing me Christ’s love, my friend had led me to the Source of that love…I was amazed at how simple it was. Why had it all seemed so hard, so impossible before?

So. I enjoyed this book HOWEVER it also feels like a book where a lot is said but not much accomplished.

The book begins with a few childhood tales – explaining how Ira grew up and a few staples in the Canadian-Amish community (such as school, chores, etc) BUT UNLIKE THE TITLE IMPLIES – this book really doesn’t focus on an Amish childhood.

It’s more centered on Ira’s push-and-pull between his innate desire for freedom and the stifling Amish lifestyle starting at seventeen and continuing for several years.

The author writes for someone who is already somewhat familiar with his lifestyle, so there isn’t much (if any) focus on the Amish lifestyle past his mid-teens, only vague mentions of buggies and horses (AGAIN – NOT WHAT THE TITLE IMPLIED AT ALL).

Anyway, when Ira Wagler turns seventeen and he sneaks out in the middle of the night…only to return after a few months of playing cowboy to his loving family.

Then he leaves (again), comes back (again), this time officially becoming part of the church.

Finds Jesus and leaves (again)(does not come back).

So, as you can see, his coming and going fills up pretty much the entire book…but for the life of me, I don’t know why – as in why is he so consumed with this!

Now he does give some (vague) explanation.

Ira in his younger years found it hard to believe in God and that life with the Amish was too restrictive (for why he leaves) (BUT WHY was it TOO restrictive??).

But he always returned because he couldn’t abandon his family so entirely and he struggled with his Amish-identity…but that is literally all.

There wasn’t any more than I described for you…which made it difficult for me (as an outsider) to understand the depth of his emotions and reasons.

I’m not condoning – or bemoaning – what we did. It’s just the way it was. And history is not undone just because one pretends it didn’t happen or destroys the evidence.

I felt that the author needed to open up and explain his motivations, rather than broadstrokes view of his doubt and his leaving and going because from my standpoint – I just didn’t get it.

And then there was the repetition – Ira leaves the Amish community four times.

The constant back-and-forth actually made me feel lost halfway through the book – especially considering how similar each situation felt to the reader.

I feel like this book had SO much potential but it just didn’t follow through in the way I had hoped.

Also – yes – I am STILL bitter with HOW LITTLE THE TITLE MATCHED!!

Audiobook Comments
Read by Adam Verner and he did a rather good job. The actual audio was rather well done.

Interested in this one from Ira Wagler? Buy it here:  Amazon