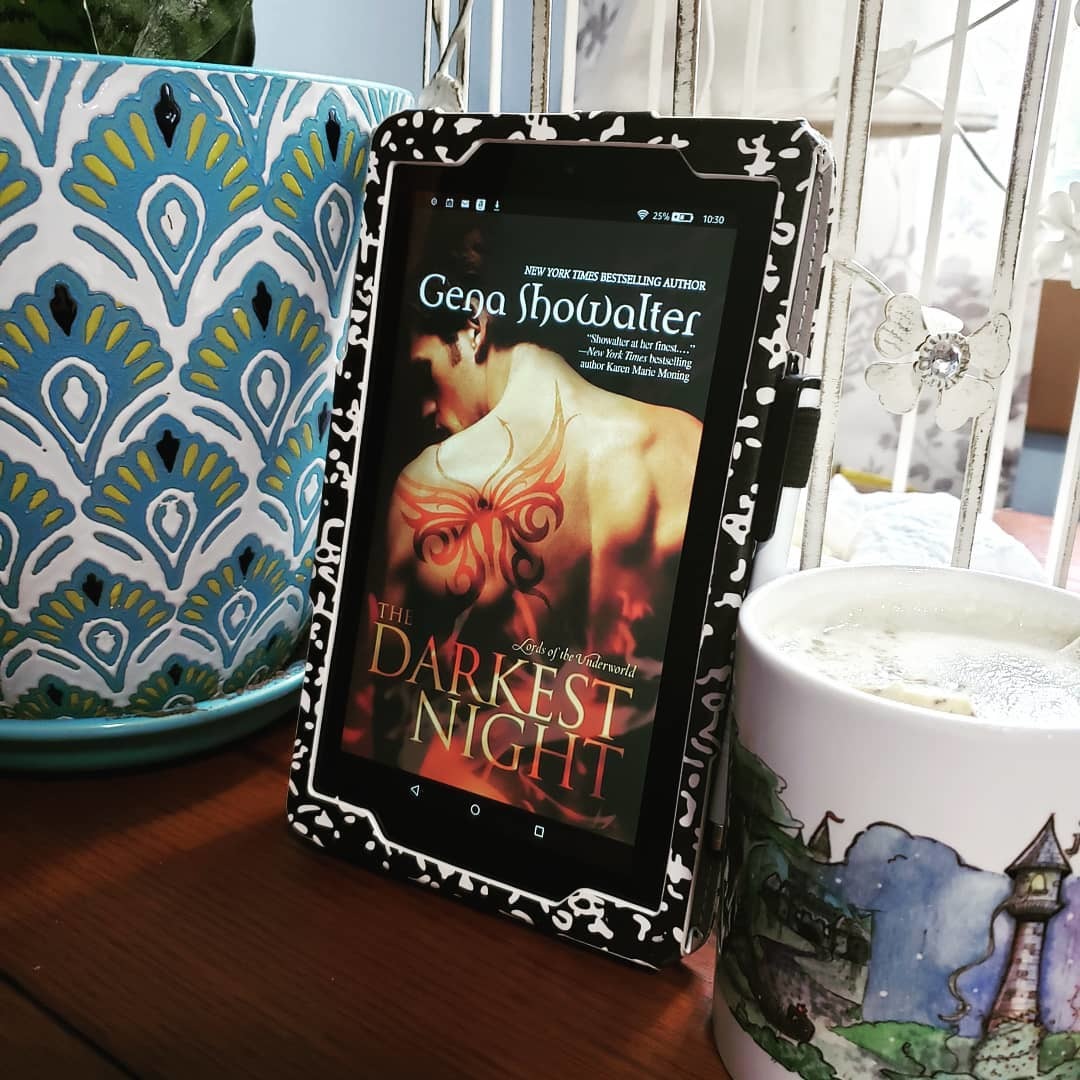 I wanted to love this one so much, but jeez Gena, why are you making this so hard?

To channel my upcoming rant, I will focus only on: the Plot, the Complete Idiocy, the Insta-Insta Love, the Nipples and how Promiscuity is just Rape.

The Plot – aka started from the bottom, now we here…still at the bottom.

The premise to this novel was amazing – Pandora’s box was opened by jealous warriors and as punishment, their spirits were fused with one of the sinful demons released.

Their plan to prove their power had failed, for the box had gone missing in the fray, leaving the warriors unable to recapture a single evil spirit.

I mean, yeah, the ancient warriors were idiots (oh, let’s open the box to show how good we are at catching the evil…totally not going to backfire…).

But, hey, I’m buying what you’re selling…well…until we got a bit further into this one…

“If the box ever resurfaced, the demons would be sucked back inside. That’s good, right?”
He shook his head. “For the world, perhaps, but not for me. Without the demon, I will die.”

Now, I’m as selfish as the next person…but surely, after centuries of living you could find it in your heart to save the world?

The Complete Idiocy – aka dumb idea. Sign. Me. Up.

There is more to ruining the plot than a few plot holes… and let’s just say everyone in this book… hmm… how do I put this delicately… they were not the sharpest crayon in the crayola box.

Aka, the main characters were all a bunch of idiots.

How dumb? you ask.

Ashlyn (the blushing virgin(TM)) spent much of the book horrified that her first time would be when she was wearing her non-sexy plain white cotton underwear/bra.

And to that, I say, GURL get your priorities straight.

You were sweating and vomiting like crazy for the last two days – heck, you even had CPR in those.

Why in the world are you more upset by the “non-sexy-ness” rather than the smell? Stains? HOW DO YOUR WHITES STAY SO WHITE?

And, to top it all, the ageless demon warriors these were constantly astounded by modern marvels…like the “magic” pills (Tylenol) that “cured” the alcohol poisoning…

Honestly, Maybe I’m being a tad bit judgmental….but really? They couldn’t do anything better with their time?

Insta-Insta-Love – aka we made eye contact? It’s motherf*cking destiny.

Was that…desire flickering in his icy violet irises, completely obliterating that must-kill glaze?

Well, Ashyln, my first instinct would be to run but perhaps Maddox (possessed by the Violence demon) isn’t so bad. . . I mean, first impressions should never be –

Her skin was smooth and supple, like cinnamon dipped in a honey pot then churned into lickable cream.

Ohhh…wow. Would you look at that, Maddox went from serial killer to Michelin chef.

Well, Ashlyn, here’s a little heart-to-heart, to me it looks like the super-hot-demon-possessed-immortal-warrior wants to kill you AND f*ck you…that doesn’t sound like a great combination. Let’s just leave this –

She gasped and moaned, on fire, burning deliciously. My life was worth living for this alone—for this man, for his touch.

The Nipples – aka OHMYGOD – WHAT HAPPENED TO EVERYONE’S NIPPLES

Her nipples were as hard as rocks. Droplets slid down her skin, chilling…

Oh Dear God, somebody please turn up the castle thermostatcause I don’t know how much more I can take.

If there anything I’ve learned from this novel, it’s that black is not the new black…nipple erections are…

Her nipples hardened with the thought of muscled Maddox in nothing but a pair of those briefs.

And…dare I say it, nipples have become sentient?

He reached out with a shaky hand and traced the plain cotton that shielded her nipples. Though already hard, they strained toward him.

And, is it just me, or does everyone’s nips seem a bit…violent?

His chest flattened against her breasts, her nipples so hard they stabbed at his skin.

Honestly, everyone’s nips were dang vigorous and stiff and straining, that I just pictured the characters walking around like this:

Promiscuity is Just Rape – aka am I really the only one who picked up on this?

Possessed as he was by Promiscuity, Paris could not bed the same woman twice, and so he seduced a new one—or two or three—every day.

Did I mention that the immortal demon warriors live in a remote castle on a mountainside, near a small village? Seems like an awfully poor location when you literally have to f*ck or die.

If Paris is really f*cking 365 different women a year…in a hundred short years, he would’ve banged his way through over 36,000 of the small, mountainside villagers…

Maybe it’s just me, but it seems like the ratio of supply to demand is a bit…off.

What are the odds that the remote, mountainside village had that many young (yet not illegally young), single and available women? It doesn’t. Just let that sink in

Now, here’s the thing that really amped up my unease. . .

Paris would get these women essentially high and addicted to sex with him.

Paris would seduce her. Strip her and taste her. She would not be able to resist; no woman could.

I don’t know about you – but to me, if there’s no ability to say no, it’s seems pretty clear-cut to me. This is rape.

I don’t care if she wants it in the moment or is left with a happy memory. If the woman met Paris without all his pheromones and promiscuity-demon-ness, I highly doubt that he’d have a 100% f*ck rate.

And yet, all of his friends and side characters are strangely cool with this casual rapist in their midst. Some even go so far as to pick up “sloppy seconds”:

They were always drunk with sexual arousal, a consequence of welcoming Promiscuity, so they rarely cared who finally slid between their legs.

And to that, I ask, how would your interpretation change if Paris looked old? Ugly? Obese?

If a 400lb, 60 year old man oozing sores with rotted teeth forced women to crave sex with him (otherwise he’d die)…wouldn’t you first instinct be, F*ck it. Let the rapist die.

But, don’t worry, it’s cool. Cause the author makes sure everyone knows that Paris is one hot guy. Can’t be a rapist if you’re hot, right?

This is my first foray into Gena’s “sexy” novels…and wow. Not Impressed.

And this one honestly started with four stars…but the more I read, the worst it got…

I’m so done with this series. I don’t think I could stomach another one. (Which probably means I will read book 2 in a couple of months…curiosity and the cat and all…)