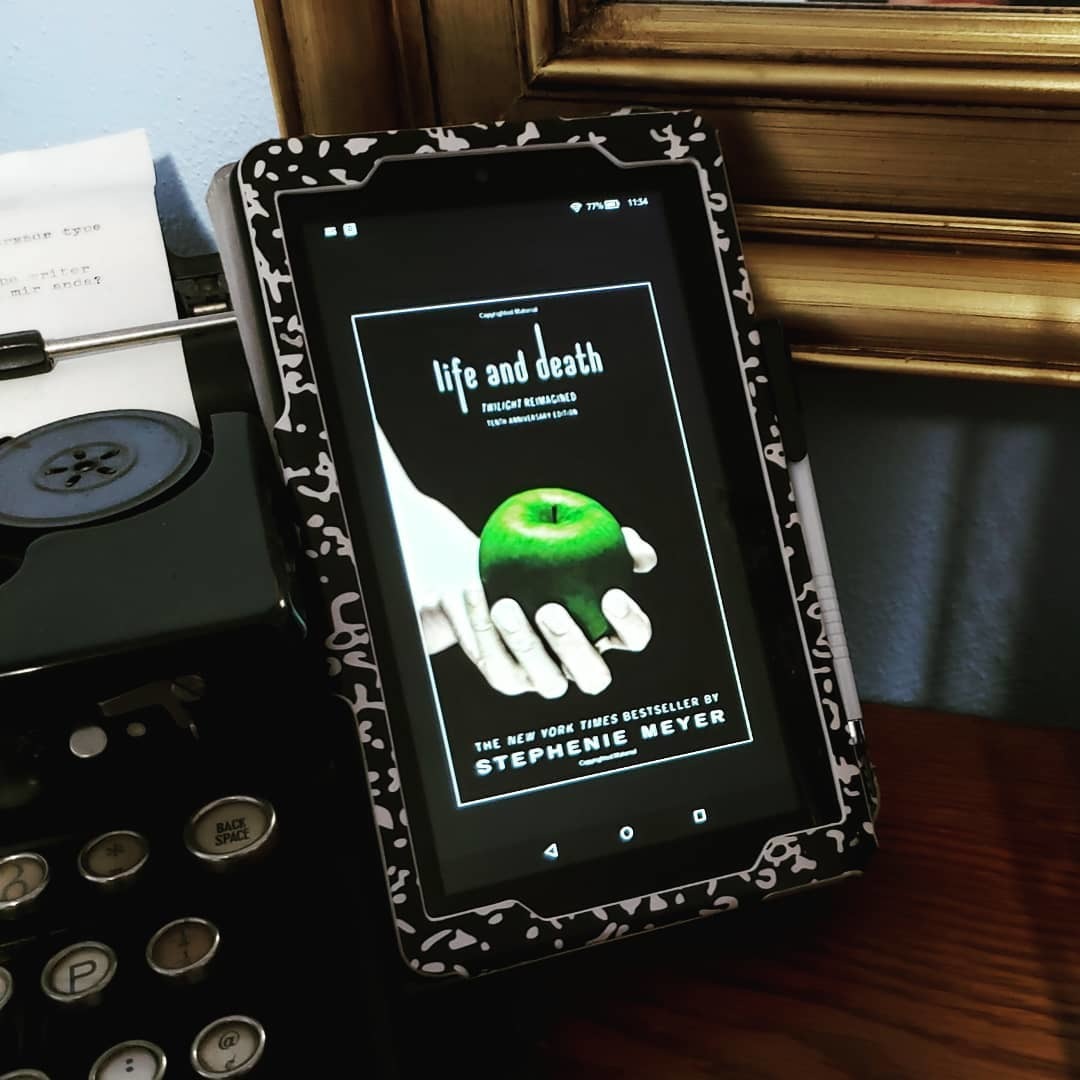 I thought about falling to my knees on purpose. This was the kind of beauty you worshiped. The kind you built temples for and offered sacrifices to…what would a goddess want from a mediocre mortal like me?

So, I reread the entirety of Twilight in preparation for this novel. I really shouldn’t have. Twilight was not re-imagined… this was literally the same book.

For those not familiar, Stephenie published a gender-swapped Twilight.

This was a cool idea – instead of Edward, we have Edyth, instead of Bella, we have Beau, etc. Like before, Beau/Bella moves to town, and falls in love with a 100-year-old vampire (etc).

“It would be more…prudent for you not to be my friend,” she explained. “But I’m tired of trying to stay away from you, Beau.”

What changes is our perception of the story due to gender roles – for example Dr Cullen (now Dr Corrine Cullen) lives in Forks because her husband (Ernest/Esme) adores small-town life.

I didn’t question that choice when Esme wanted to live in a small town but I paused a bit when Ernest voiced that opinion.

Girls forcing hubbies to live in small town is cute and normal. A guy constricting his wife to limit her career so he can live the small town life – completely different vibe.

So, that bit was interesting.

However, Stephenie just changed the characters’ pronouns and not their personalities.

I can understand if their core traits were the same (i.e. Edyth/Edward is protective, Beau/Bella is clumsy) but this book went too far.

Beau becomes this ultra-feminine guy (i.e. he borrows and snuggles into Edyth’s scarf cause he’s cold). For context, Bella doing this with Edward’s jacket made sense in the context. With Beau…. not so much.

Perhaps it’s because scarves are not naturally warm enough to warrant the action… or perhaps it’s just ingrained into society that men don’t wear their girlfriend’s clothing.

There was no humor in her face now. Her eyes were intense, narrowed, the long lines of her lashes stark black against her skin. Her voice had a strange heat to it. I couldn’t remember how to breathe.

“Will you accept a ride with me to Seattle?” she demanded, voice still burning.

At any rate, that scene (like so many others) felt awkward and cringey to read.

Stephenie Meyer was supposed to swap the genders, not turn Beau into a girl. 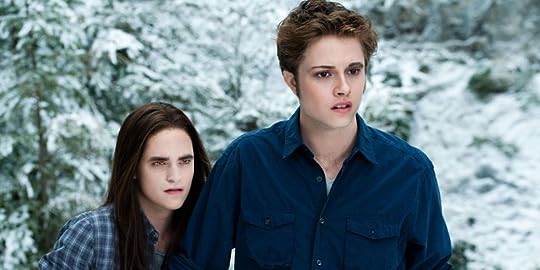 Ctrl+F “She” replace with “He”

In addition, I had a pretty big issue was the amount of reused material.

To put this into context, people have been rewriting fairy tales for decades.

When you read a retelling of Cinderella (even a gender-swapped one), the characters are all there (step-monster, step-monster’s spawn, etc) but the order of events, their personalities and how things happen is drastically changed.

I might know where the plot is going, but I have no idea how it will get there.

Life and Death was identical to Twilight.

From the first look to the big reveal in the meadow – nothing original.

Even Rosalie/Royal still had that whole jealous petty cat fight relationship going on with Bella/Beau… complete with Beau constantly noticing Royal’s hotness (and then getting all down because he’ll never be so hot.)

Even the quotes were the same. I could totally understand re-using the big quotes – the ones that really defined the first novel (i.e. “uncontrollably and irrevocably in love”) but so much of the ordinary dialogue was reused that it became boring.

This book had so much potential but it fell so, so short of that.

P.s. Technically, it’s a 2.5 star book but honestly, so much of it was blatant self-plagiarism that I just knocked off a couple of stars out of annoyance.

Interested in this one from Stephenie Meyer? Buy it here:  Amazon