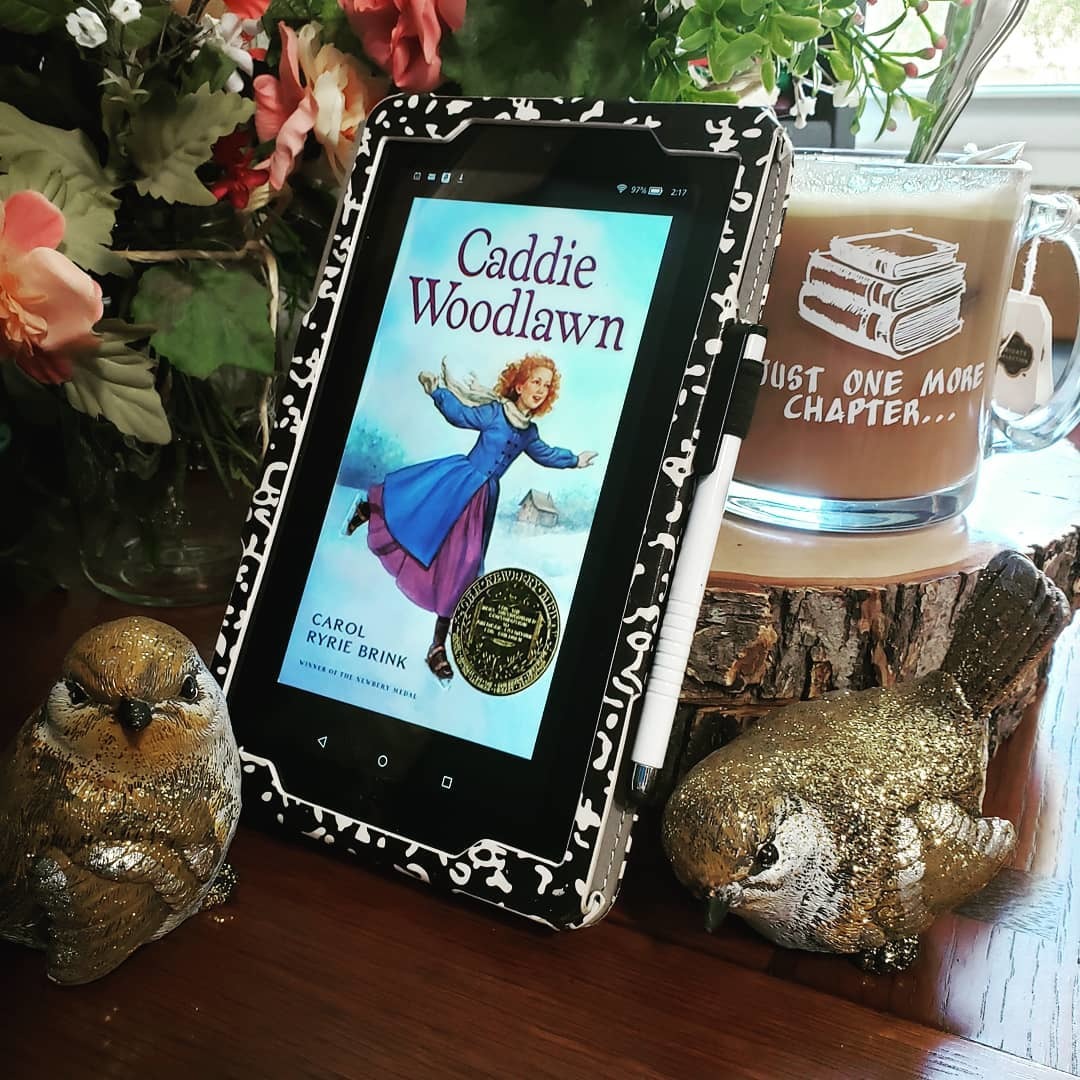 Disappointing and yet marginally charming.

How far I’ve come! I’m the same girl and yet not the same. I wonder if it’s always like that?

Caddie Woodlawn, a fiery redhead growing up in Wisconsin in the 1800s, has always been a tom boy.

Her mother is at her wits end but her father enjoys his daughter’s plucky spirit and propensity for mishaps.

Caddie, for one, enjoys her life as it is – snowball fights and hunting and adventuring with her brothers.

But all good things have to come to an end, and Caddie’s childhood is one of those things.

The older she gets, the less she is allowed to adventure out into the woods and the more she pushes back.

But every redhead’s temper has its limitations.

I am a huge fan of Laura Ingalls Wilder and her Little House series – so much that I reread it about once a year.

Caddie Woodlawn has much of the same premise, but without the same charm.

She does have fun adventures – like visiting the nearby Indians or playing pranks on her cousins – but those all felt like sparsely connect vignettes.

And the only theme to weave them altogether was her mother (and society) pushing Caddie closer and closer to traditional womanhood.

A woman’s work is something fine and noble to grow up to, and it is just as important as a man’s.

Even Caddie’s father, who championed his daughter’s rights to live a happy and healthy childhood, decides to backtrack and make her into a perfect little maiden.

It is the sisters and wives and mothers, you know, Caddie, who keep the world sweet and beautiful. What a rough world it would be if there were only men and boys in it, doing things in their rough way!

OR MAYBE, Mr. Woodlawn, we could teach these men to pick up after themselves and clean the kitchen once in a while.

Why crush Caddie’s independence and freedom all because the dishes are dirty.

So what if she doesn’t fit the mold of a serene and dutiful future wife?

I didn’t hate the entire book, just the message that the author was trying to push onto the audience.

The author spent so much time building Caddie’s character up, only to squish all that development back into the “period-appropriate-lady” box.

Interested in this one from Carol Ryrie Brink? Buy it here:  Amazon