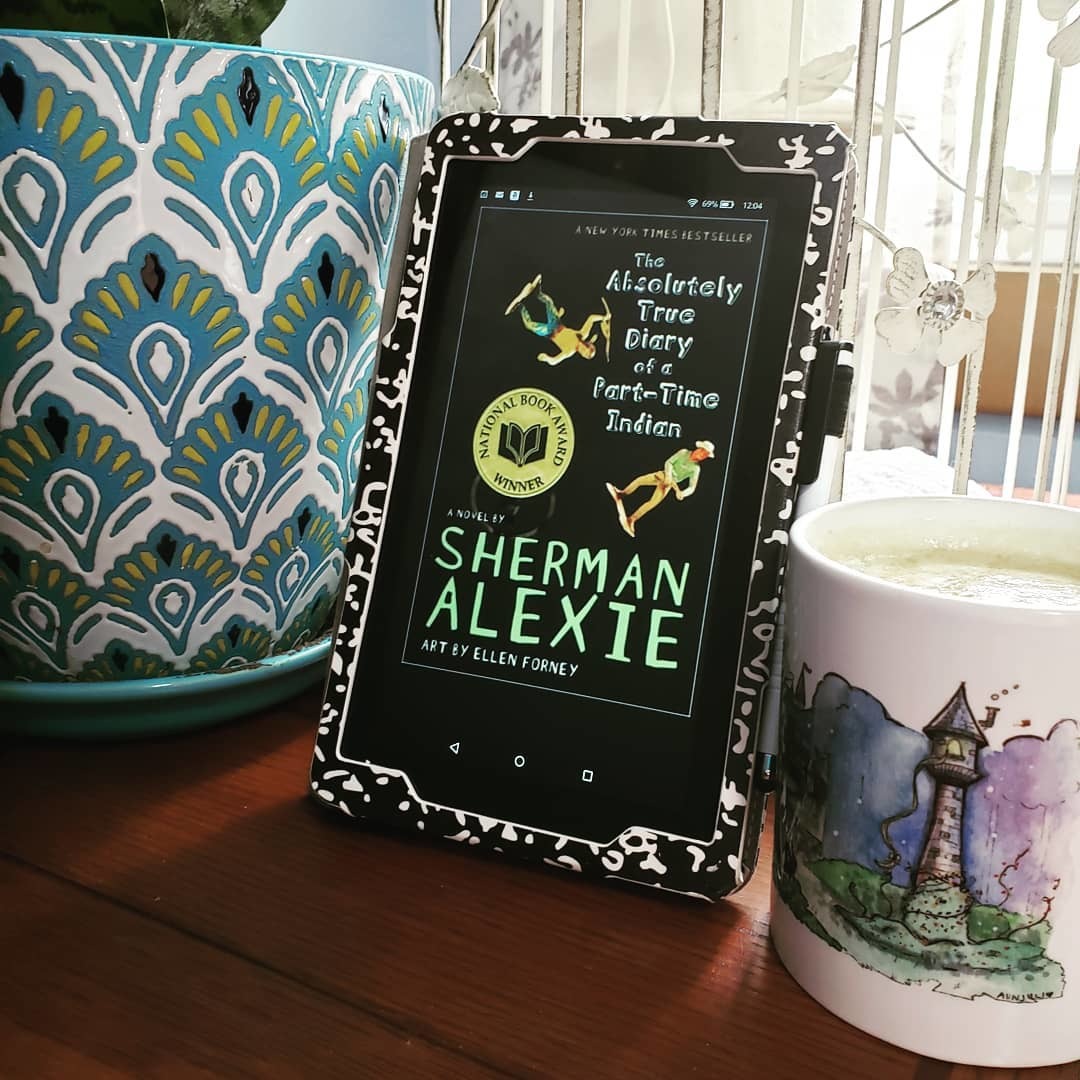 Life is a constant struggle between being an individual and being a member of the community.

Junior, a teenager on the Spokane Indian Reservation (the “rez”), spent his entire life trying to blend in.

He was a smallish kid who used to have seizures. He was picked on and bullied almost constantly.

There are all kinds of addicts, I guess. We all have pain. And we all look for ways to make the pain go away.

Junior realized that he was going nowhere fast and the only way to get out was to literally…get out.

He transfers to an all-white rural school (with a lovely Indian mascot) and everything changes.

He’s still hated at his old school but now instead of being picked on for his size and health issues, he gets to be picked on for being a traitor.

But no matter what is said or what is thrown at him, Junior decides that he will make it out there. No. Matter. What.

If you let people into your life a little bit, they can be pretty damn amazing.

Overall – I liked this book and that makes the drama with the author all the more disappointing.

Junior was funny and crude and hilarious and above all, real. So very real.

I was studying the sky like I was an astronomer, except it was daytime and I didn’t have a telescope, so I was just an idiot.

Sometimes, you wish the authors could live up to the characters they write.

Interested in this one from Sherman Alexi? Buy it here:  Amazon