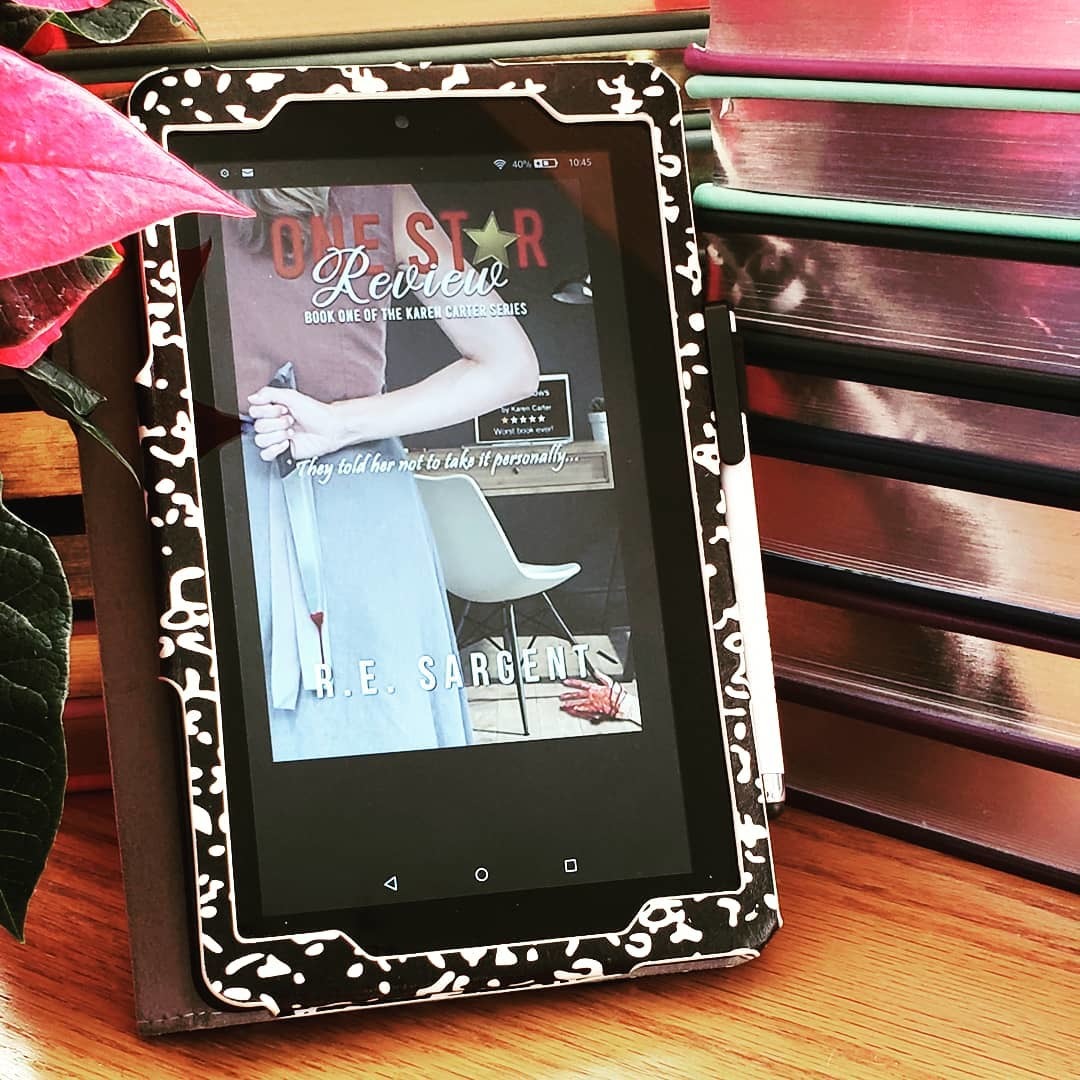 …her mystery books were wildly popular and sold millions of copies…

Lana Brooks – brilliant writer and best selling author – is a fairly average person all in all.

She has published 18 books already, writing several per year, so her schedule is pretty tight but the money is just rolling in.

She uses a pseudonym and a Photoshoped photo to maintain her anonymity but other than that, she truly is a run-of-the-mill-Jane.

…except for her quirky little hobby of murdering her reviewers…

She could not wait until the next day. He would never know what hit him.

It’s a character flaw…but hey, everyone has those.

She had been on pins and needles since she had first seen it. The review of her last book was brutal.

It’s just…when she gets those one-star reviews (the really terrible ones)…all she can think of is…well…murder-y thoughts.

She had worked too hard to be treated that way.

And besides….if no one knows her name or what she looks like...there’s no way she’d get caught, right?

The truth was, those dead fingers would never type another shitty review.

So….let’s just make this clear – I am giving this book 3.75 stars because I enjoyed it…NOT because I’m worried about being killed. Really. Truly.

I wasn’t expecting to enjoy it so much…but here I am wishing it was longer!

(Perhaps a series? though…after that ending…I truly don’t know how it could be picked up again!).

Lana made for a deliciously evil character and the murders were surprisingly fun to read about.

I liked watching her set up the dominoes and then…one flick of her finger…and the people’s lives came tumbling down.

However…there was one thing that kind of threw me out of the book.

Provided we take Lana at her word, her books sold thousands of copies…and she really only received 7 bad one-stars?

Across nearly twenty books? Even if 0.1% of people hated her book…surely there’d be more than seven one-star book reviews.

And the reviews that set her off were so…mundane…

I don’t know, maybe I’m jaded from being on the reviewing side but surely…she’d have more brutal reviews.

Take this one for example:

Save Your Money for Something That Doesn’t Suck

I used to read this author all of the time, but I quickly grew tired of the same plotlines, simply regurgitated with new character names and a slightly different scenario. She simply plagiarizes herself. I decided to give her books one more chance and, if nothing else, reading this was confirmation that her work is just dreadful. Stay far, far away.

If you’d allow me *cracks knuckles* (NOTE: The following is an entirely fake review for a fake book I never read (including the quotes) within a real book…you following? good.)

What. The. Absolute. F*ck. (by Miranda Reads)

I really, truly don’t understand how anyone can write a more abysmal book.

I’m honestly rating it one-star solely so my vote can count (yes, I really am that petty).

“With love,” she said, “comes sacrifice.”

She averages three books per year…so that should give you an idea of the quality we are talking about.

Essentially, this violated the big three – Plot, Characters and Relationships – so many times that my head is spinning and I need to sit down. Pass me the bucket.

Plot – There is so much filler injected in here that I’m starting to admire the author.

We get the most drawn out, loquacious, verbose, long-winded possible explanation of romance, Scottish politic loopholes, love and kilts (which really, how hard can that possibly be??)…all so we can bump our way out of novella and into novel.

Characters – The characters were so poorly written this round that I couldn’t believe that her editor let her get away with this.

I thought the main character was bad before, but she really took the cake this round (especially with that scene with the cake and the kilt!)

I couldn’t STAND her – especially with her simpering and whining after the kilt-guy. Come on people. It’s a kilt. I think we all know what’s underneath. (Anyone else just die of cringe?)

It was horrendous (and honestly – pathetic).

The Relationships – Okay. I already mentioned it but – the cringe. The CRINGE. THE CRINGE.

Kilts, cakes and kittens. Why. JUST WHY would anyone in their right mind make that the over-arching plot?

Just. Kill. Me. Now. (seriously, I will hand you the gun myself.)

Overall – The plot, characters and relationships were just plain awful.

There was so much overlap (in dialogue and content) between this one and her first series that I honestly thought I was midway through Lysander and Arabella’s love story…or was it Karen and Kieren’s (possibly Carl and Carla’s).

Oh who the hell cares.

Now…if that review had sparked a movement (aka, lots of people changing their reviews to mirror it and then the word starts spreading across the interet that the book was bad)…I can honestly see someone possibly acting as Lana.

By now, you may be thinking…Miranda…was that really necessary? Did you really rewrite the review of a character who was killed for writing a bad review?

It was honestly kind of fun to come up for a review for something I haven’t read (reviewer’s note: there was no kilts, kittens or anything Scottish in the book…this was just something that I came up with).

If anything, I really did enjoy this book (the real one, not the fake one I wrote the fake-review for).

It was a fun and fresh concept and kept me on the edge of my toes.