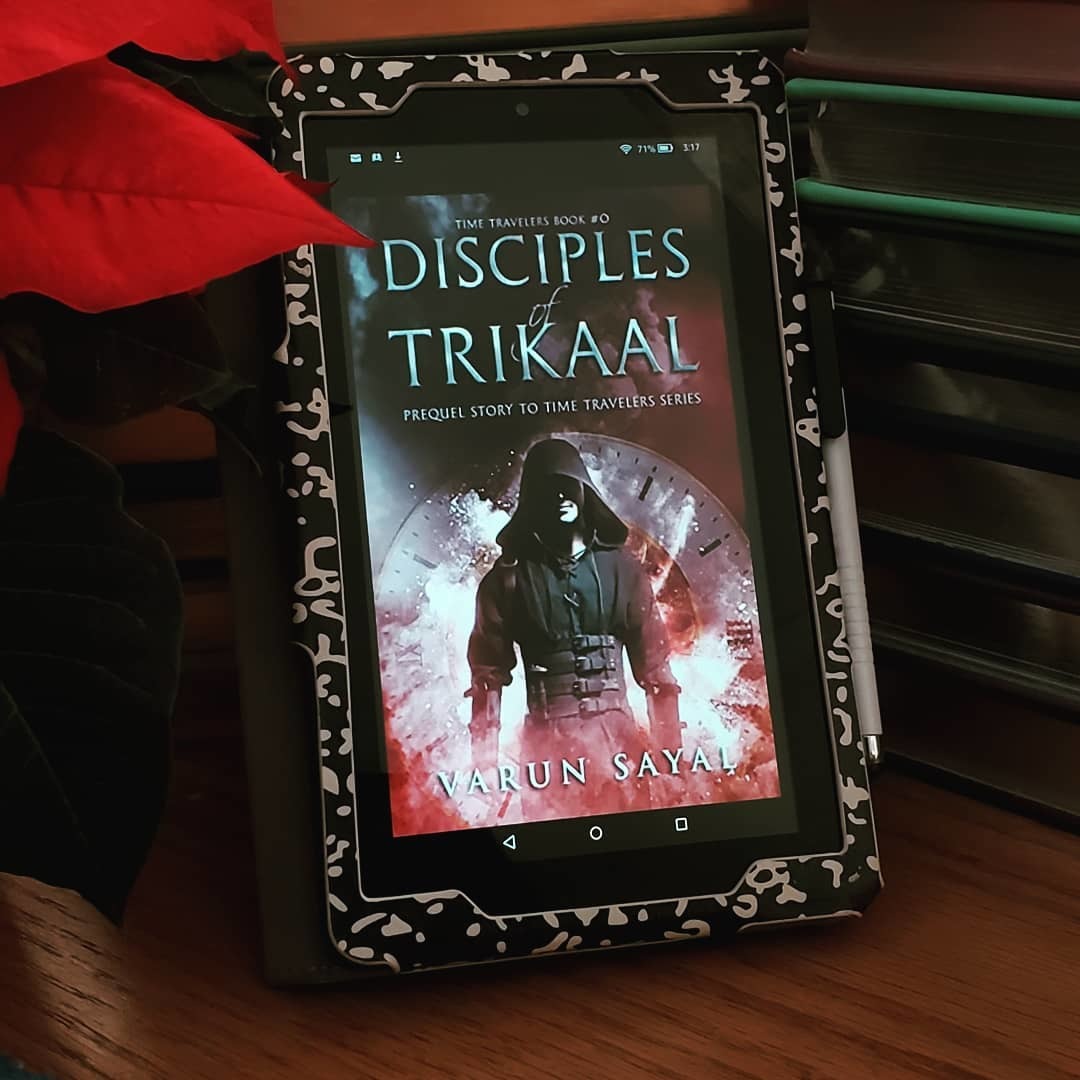 But one day, they got what they wanted. They got the boons that changed their lives, and deaths, forever.

Aru and Nemi were best of friends and together they suffered under a self-imposed penance.

They desparately tried to appease the Goddess of Time. But when she finally acknowledges them, the interaction does not go nearly the way they had hopes.

I am no god, and consequently, I offer no boons.

They both beg her to reconsider – they had, after all, spent seven years praying to her.

She decides to go for a compromise.

Your body cannot not travel through time, but your consciousness can. You could possess the brain of any living organism in the past and the future….Is that acceptable to you?

And so, Aru and Nemi’s lives truly begin – unwittingly and unwillingly setting the world up for destruction.

He wanted to sit and time-read the village’s present happenings, but his heart sank each time he recalled his previous visions.

This was a short read – but it felt rather good.

I’ve read the first book in this series and was actually really curious about the origin story of the villains...and lo’ and behold, Sayal published THIS!

The way Sayal crafted this richly woven world and the way the Gods and Goddesses interact really have an old-world mythological feel to it (which I love).

I was also rather happy with the way the powers happened in the book.

It was interesting to have one of the characters “time-read” (where they see what can happen in the future and what happened in the past) while the other one could inhabit bodies throughout time.

Though…Trikaal Devi (the kinda-sorta Goddess of Time) is either really bad at predicting the world’s future or just wants to watch the world burn…because wow.

Did the two of them really set the world to a horrible destination.

“Lies. You’ve changed… Your power has corrupted you.”

Though, the book does sometimes lean on telling rather than showing – which isn’t as noticeable in a shorter book. If that was minimized, I think I would have connected more.

One thought on “Disciples of Trikaal – Varun Sayal”