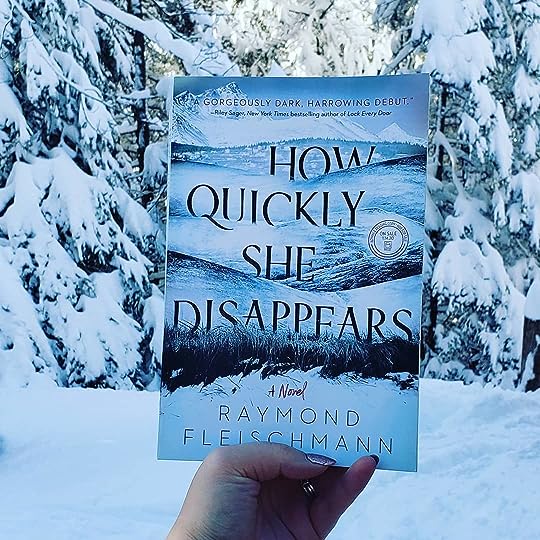 To the month, twenty years had passed since her sister disappeared. Twenty years a missing child. A stolen child.

It’s 1941 and Elisabeth Pfautz and her daughter, Margaret, are alone in their house, surrounded by the Alaskan wilds when a stranger comes a-calling.

Technically, since their house is connected to the school (and their town has no inn), the Pfautz family is expected to house those who need shelter…only with Elisabeth’s husband away from town, she finds herself rather hesitant.

Not the least bit rude, no. But he was peculiar.

There’s just something about that odd man that has her wondering.

But those thoughts quickly turn aside when a man shows up dead and all fingers point to the stranger…and yet, the stranger has a story of his own.

One that will cut Elisabeth to her very core.

“I know that she’s alive.”
“How?”
He took a breath. A single breath. “Because I was involved in her disappearance.”

And so begins the dance – between a murderer and a desperate soul.

….she couldn’t help but feel like she was signing some contract with the devil himself.

This book had me hooked.

I loved the premise – remote Alaskan town, murder and girl who’s been missing for two decades…but as much as I loved the idea of the book, I found myself disliking the actual book.

Elisabeth was well-rounded, and the strange man was as well…but the rest? I just couldn’t get into them.

Her daughter – Margaret – flip-flopped in personalityso much that she felt like a different person by the end of the book…but that’s nothing compared to Elisabeth’s husband.

It was so jarring that I reread parts of the book to see if I missed clues to his personality, but I couldn’t find anything.

He’s a pretty decent, if a bit neglectful guy until he turns on a dime and becomes horrible to her. It just felt so sudden that it really threw me out of the book.

The plot itself wasn’t horrible, but it just didn’t go anywhere. It felt like we were building, building. building…building……..building…..(you get the point) but as for actual sustenance, there wasn’t much there.

Also, there were a lot (and I mean a LOT) of decisions that really had me questioning Elisabeth’s thought process.

There’d be option A, option B, and waaaay off in the basement dungeon, option C. Guess which one Elisabeth went for every time.

Anyway, I’m just kinda left scratching my head. It started so well too, a solid 4 stars and just kinda flopped….I honestly haven’t been this annoyed at an ending in a long time.

Interested in this one from Raymond Fleischmann? Buy it here:  Amazon