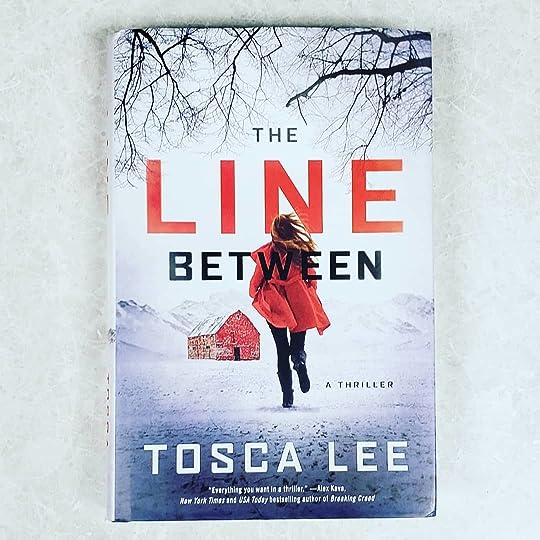 “I quit believing.”
“Well, thank God you’ve always been able to think for yourself.”

Wynter Roth (reluctantly) joined the New Earth cult community along with her mother and older sister.

There was something truly…wrong...lurking beneath the surface.

When Magnus took the pulpit, he stared out at us in silence.
“Have I not told you what is to come?”

Magnus holds Wynter and her sister captive, circling ever nearer as they grow older.

“You look so much like your mother,” he said…”She was beautiful, too.”

But Wynter, the rebellious sister, never quite fit into the New Earth society – no matter how much she tried.

But all the while, something was crumbling inside me.
My faith.

Wynter manages to escape into the arms of one of her late-mother’s best friend.

Being on the outside for the first time in such a long time…it’s disjointing.

It’s thrilling, terrifying and all things in between.

Oh. And the apacolypse – the very one that Magnus was preaching for the past few decades seems to be actually happening. Oh crap.

There’s a mix-up (sabotage?) involving New Earth and precious samples that belong in the hands of those trying to combat the disease.

Wynter grabs the samples and makes a run for it. If no one else wants do it, she will.

Overall – I was really impressed with this one.

The characters were vibrant and realistic.

I loved Wynter. She was so brave, and strong, and brilliant – all without being too much or verging onto the Mary-Sue territory. In short – she was a delight to read!

The way she overtake the challenges was so incredible.

The cult was intriguing without being over-the-top.

The slow unveiling kept me on my toes and the reveal – wow. Did not see that coming (okok, I totally saw a little bit of it coming…but not the whole picture!)

The plot felt realistic in the worst way.

As someone who doesn’t directly work with the disease that inflicted the world – but who has done research in a similar field, let me tell you – it holds pretty dang well.

Time to drop the bacon…

With many thanks to the author for a free copy in exchange for an honest review.

Interested in this one from Tosca Lee? Buy it here:  Amazon

2 thoughts on “The Line Between – Tosca Lee”