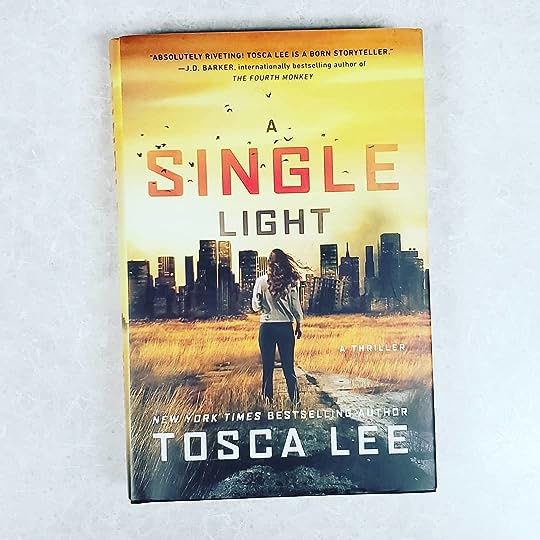 After a desperate flight for safety – Wynter, Chase, Truly and their family friends manage to make it to the silo – an underground bunker made to preserve humanity in the face of extinction.

Wynter and her niece, Truly, are still struggling to adapt to the new world.

She asks her questions at night. About why I took her away from the compound we grew up in. Why her daddy couldn’t come. Questions I answer with lies.

Wynter has a secret – she had samples that could have helped bring about the cure – but horrible people chased after her and it resulted in the death of her sister and Truly’s father.

Six months later, the silo’s time-lock opens and Wynter (and her maybe-boyfriend) step out into a much changed world.

But they have no time to stop and wonder – they have a mission. Find antibiotics for Julie (Wynter’s long time friend) before it’s too late.

But they will soon learn – the world has changed in far more ways than they could ever have imagined.

…take off running, once more, through the weeds.

Dayum. Look at little Wynter – all grown up and bada**!

This sequel was pretty dang good.

I loved the character development that Wynter went through.

She felt like a completely different person than she did at the beginning of book 1 – but this was done so gradually and incrementally that it came across as very natural.

The world Tosca Lee created was magnificent. From the moment Wynter steps out of the silo – I was hooked . The asylum, the street gangs, the boy on the upper floor – I was fascinated (and horrified).

I was also fairly impressed by the way Lee created the disease.

“The ‘PrP’ stands for prion…The virus triggers a rapid misfolding of proteins in the brain, which causes dementia…But instead of tainted meat, which normally causes the disease, the virus is now being spread by influenza A.”

As someone who doesn’t work directly with prions but knows a fair bit of science behind them, this held pretty well. (I’m a bit of a stickler when it comes to the science).

Infections prions do cause massive unfolding and aggregation (which is mainly the issue) of themselves. It’s a very difficult and fascinating problem to have – most of the body’s immune system focuses on identifying something that is “not-self” and destroying it.

But prions are natural and part of you, thus your body doesn’t have many defenses against them.

The one thing that did bug me was that all of the animals began getting sick.

“The pilot was sick. The birds have been picking at the corpse’s brains since the fire went out.”

Cross-species transfer of any disease is incredibly difficult, and to have the prion protein unchanged enough throughout that many species (and thus able to be triggered by the same starter (i.e. from the influenza in humans or misfolded proteins in the brain) felt like a bit of a stretch.

But other than that, I really enjoyed the book!

I was so happy to jump back into this world and cannot wait for another (fingers crossed!)

Interested in this one from Tosca Lee? Buy it here:  Amazon